Is it a sin to seek greatness?

I read this recently and it was too great to pass up!

In the Little League championships, twelve year old Jake steps up to bat and hits the winning home run. Everyone picks Jake up into the air out of celebration but in the middle of the celebration the dad runs out and begins yelling, "Hey! Why are you cheering for him? I taught him everything he knows! I was the one who taught him how to swing a bat. I got up early and drove him to practice. The credit for that homer belongs to me.. me!"

We would think of this father as strange, insecure, and guilty of a jealousy problem. 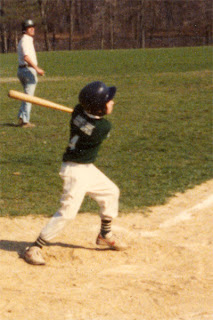 Yet this is how many Christians perceived our heavenly father, including myself.

Is It A Sin To Seek Greatness?
(I Typed out the whole chapter because This was HUGE to read for me and i wanted to share!)

The Lord promised greatness to two Old Testament patriarchs: Abraham and David. What did the Lord say to Abraham? "I will bless you and make your name great" (Genesis 12:2). How about David? Now i will make your name great, like the names of the greatest men of the earth" (2 Sam 7:9). In both instances He promised these men a great name. A name that would go down in history. Like any good father, God wants His children to grow up into great men and women. He doesn't seem offended if others recognize this greatness.
What was Jesus' attitude when two of His disciples sought greatness? Mark 10:35-37 tells us:
James and John, the sons of Zebedee, came up to Jesus and asked, "Teacher, will you do us a favor?" Jesus asked them what they wanted, and they answered, "When you come into your glory, please let one of us sit at your right side and the other at your left."

James and John were doing what men do: seeking greatness and recognition. They wanted the best seats in God's kingdom. Notice what happened next:
"When the ten other disciples heard this, they were angry with James and John.(v41)
Two men seek greatness, and right away 83 percent of the church is spitting mad! (This was the first recorded meeting of the humility police.)

Jesus called the Twelve together, I can imagine what Judas was muttering under his breath: "Boy, are they going to get it. i bet Jesus rips their heads off!" Christ had already reprimanded the two knuckle heads for suggesting that He call fire from heaven and destroy a town that had not welcomed them. but to everyone's surprise, Jesus did not rebuke the brothers. Instead, He showed them they way to greatness:
If you want to be great, you must be the servant of all the others. And if you want to be first, you must be everyone's slave. The son of Man did not come to be a slave master, but a slave who will give his life to rescue many people. (v. 43-45)

Those first six words are remarkable: "If you want to be great." In other words, it's okay to seek greatness. THe desire to be a great man is not sin: it is virtue. Instead of opposing James and John's lust for greatness (as the ten disciples did). Jesus directed it. The way up is down, boys. In John 14, Jesus made a remarkable prediction: the disciples will do even greater things then He did! These are not the words of a jealous, insecure Savior.

Notice Jesus also said, "if you want to be great. "The path of greatness is not one every person will tread. In fact, few do. But the possibility of greatness must be set before men, for a certain kind of man will not follow without it. James and John were nicknamed "sons of thunder." I suppose that would make them the aggressive type. (exactly the kind of men who'd be missing in today's church.)

Like Jesus, we must give men a vision of true greatness, then set them loose to achieve it. Allow men to shine and to receive recognition when they are servants and slaves. Men just know it's okay to reach for greatness as long as it's done the way Jesus prescribed- not through self-promotion, but through self-sacrifice. And we must admire men when they achieve this greatness. Listen to the words of Pastor Robert Lewis, one of America's foremost ministers to men:
Robert Bly said, "If you're not being admired by other men, you're being hurt." That struck a chord with me. As i talk with men about their struggles, i realize many men are languishing because nobody is recognizing the noble things in their life. Men need male cheerleaders. If no one cheers for nobility, men are going to collapse bak into a dumbed down masculinity that follows the cheers of the world- obsessive careerism, selfish pursuits, and ignoble deeds. We try to cheer men on- for the right things.

The world offers men the possibility of greatness. The world cheers for men. Too often the local church does not. What a tragedy! It it no sin to recognize men for the good they do. T's not about exalting individuals; it's about celebrating what God is doing in people's lives.
Ever since Abraham, men have wanted to become great. Is this so bad? What if the church, instead of opposing men in this dream, actively partnered with them? What if the church focused on raising up men of wisdom, character, and strength? What if your church were in the business of turning out great men?

If this talk of greatness if giving you heartburn, or you're afraid it will create a church full of raving egotists, let me define greatness for you. Greatness is not glory, which clearly belongs to God. Think of greatness as reflected glory: juast as the moon reflects the light of the sun, a man who achieves something for God's kingdom is simply reflecting God's glory to the world. When we follow the example of Jesus, we reflect His glory to all.

We Christians must stop treating the pursuit of greatness as an affliction. Let men reach for greatness within the local church, and the entire body will be revitalized. Applaud your men. Set them up as examples. (Remember the words of Paul: "Follow me as i follow Christ.") And don't worry about someone getting the glory. God's a big boy: He can take care of HImself. If some hypocrites is serving out of impure motives, God knows. Remember the words of Jesus repeated three times in Matthew 6, "I tell you the truth, they have received their reward in full". It's not our job to be the humility police."
Why do Men Hate Going to Church by David Murrow. p100-102 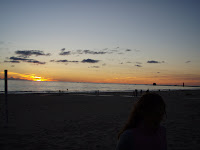 Hey Brent - not sure how I found your blog, but have been 'lurking' for a few days.

In high school/college I was an intensely competitive runner. In addition to physical training, we would study great athletes. I still have all my notes. One in particular has to do with greatness.

Whether you are an athlete or a Christian, it takes great dicsipline and concentrated effort to repeatedly perform. Any one who can do this deserves the title of great.