In a matter of an hour i was approached by 3 strangers...

in the Esquire's Coffee Shop. 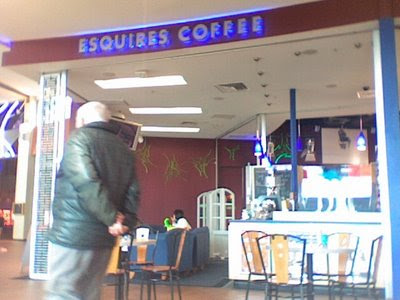 First, i met Ron and Phil Last Tuesday… they sat in the two chair beside me in the picture below 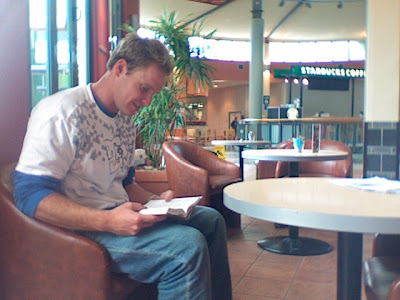 Ron takes his old golfing buddy Phil out every Tuesday for coffee since he has Parkinson’s disease.
Phil could talk fine, he was just very soft spoken and it took him a little while to answer although he seemed to be hearing everything.

Ron was from Scotland and moved to New Zealand some 40 years ago.
They were in their late 70’s or 80’s

He asked me why I was hear and I mentioned studies and also to help out with a church. I told him that I thought that New Zealand could use more Christians living in everyday life so that people could see Christ lived out. 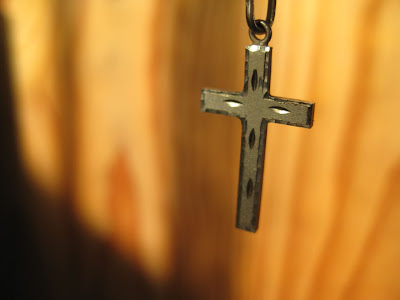 Ron was shocked asking, “what is it that makes Americans so open and comfortable about bringing up God like you did in this first conversation? People in New Zealand and Scotland are so much reserved about talking about religion because you can often have a negative reaction and judgment by people.”

He leaned back over to his friend at his table and said, “we are talking Philosophy over here, Phil.” (He did this about 3 or 4 times when he thought the conversation was too intense or wanted to include Phil)

He continued on, “no, what you did might make religion appealing but often times it seems like people are just out to convert someone.”

“You know the way I see it, you know how people think they see the life beyond when they are drowning or about to die? Well, I believe that this is really their whole life being brought back before them and what I think will matter at that point is whether you have devalued a human or not. Not whether you cheated or lied to someone, but whether you truly devalued another human. That is what I think.”

“What church background do you come from? Are you Jehovah’s Witness?” (That’s a first!)

(Since Jehovah’s Witnesses may call themselves Christians too I said)
“No, I am a part of the Wesleyan Methodist church which has a protestant background.” I know a woman Methodist priest, is that the same things.”

(Too complicated, so I conceded)
yeah, Maybe.

He asked where I was from and we talked California with Phil who was a banker earlier on and went over to California when Visa cards were first being introduced to the public.

I prodded.
“You know Ron, I don’t think we are too much different. I really just care for helping people and I don’t believe I can do that on my own when I am honest with myself. I need something bigger.”

He leaned over to Phil and said, “We are talking philosophy over here.”

Ron said, “Well, I think religion is one of the hardest things to sell. I reckon, selling a broken down used car would be easier to sell.”

“I believe there is definitely an after life,” I replied. “I think most people here in New Zealand, Christian or not would agree with me that there is something spiritual beyond this world that they have experienced or seen in dreams or seen something weird happen. They just do not want someone to claim they know exactly what and that they have the only answer.”

I could tell he felt awkward because He was leaning over and saying, “We are talking…

So interrupted and asked where they play golf and we talked about sports for awhile. Soon after they left, but apparently they come to esquires for coffee every Tuesday so I might just intentionally happen to be in again and to “bump into them” sometime in the future.

Seconds after they left another guy just asked me how to get on to the internet, but it intrigues me how many opportunities we have in a day to engage in conversation with people or how at least how often God seems to send opportunities my way. So cool. Also a third guy just came up and asked about the internet a minute after that. Maybe the sleekness of the macbook makes me just look like I should know what I am talking about! ☺

And for those of you that are thinking that it is just Brent, he just has random things like this happen to him… maybe… but I think it is more a matter of just keeping one’s eyes open and being willing to talk. I may not accomplish much but I truly do enjoy every chance I get to have a conversation with someone because it is a chance to get to know someone, to enjoy them, to show them I care for them, and possibly to help them if the opportunity arrives.

As I was writing this, the conversation almost seems to surreal or staged, but I think there is a lesson to learn.

I think we often elevate certain stories into dream world or textbooks too quick. It was a very natural conversation… shocking… but natural. Some people would be disappointed that I didn’t push hard enough, others would have felt completely embarrassed sitting next to me thinking I pushed too hard, but all I know was that I was obedient to with the knowledge and abilities I had to the best of my ability at that point and that that is enough.

It is funny what your mind sees when you are cooped up too long, this chair was making faces at me... 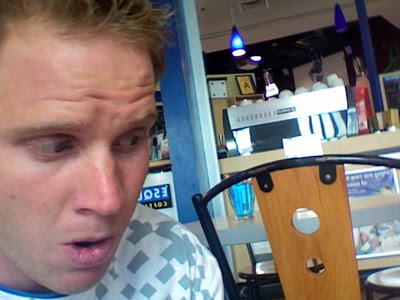 My Tuesday at Esquires in the Botany Shopping center continues.

I have never seen the Terminal, but Tom Hanks must’ve felt or gone through something similar to what I am going through.

A girl looked lonely and I had just bought a big Mac so I asked her if she was waiting for somebody or just biding time until something and she said, “waiting on my partner” as she pointed and her partner and two kids were coming up the escalator. I said sweet as casually as possible and went back to my seat completely embarrassed on the inside although I got over it fast as I often do.

The next thing I know RJ randomly comes up and says, “hi.” He ends up buying me diner and hot chocolate for dinner. Awesome, I love free food and I love chocolate although I am not sure it was my most nutritious meal. Had a great talk to RJ about girls and life…

During that talk Amy Donovan was walking nearby looking kind of lost and so I said, “hi.” Turns out she was looking for something to do since she was waiting for her husband to get done with a meeting with one of his teens and was just killing time. So she sat down and joined our conversation for 15 minutes or so.

Then 10 minutes after she left, Kim and Jake from Elim ended up passing by waiting to go to there movie “Ghosts of girlfriend’s past.” Obviously it was Kim’s night to choose the movie. Got to catch up with Kim and Jake for a little while. They are awesome, I love talking to them.