Kiwi Culture and the Church in New Zealand

Kiwi Culture:
The average income is approx $38,000 but the housing and living here is way more expensive! Cell phones range from $80-$1,000 in stores. Houses usually ranges between 500,000 to over a million

I love the music over here. The cultures use a lot more voices in their communities than instruments to express themselves in music. Below is a group of youth at the Wesleyan Youth Camp singing some sort of Tongan Worship Song.
Click HERE to see 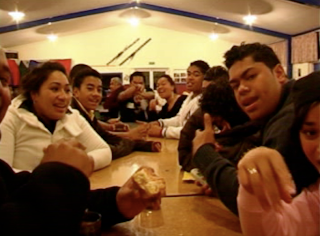 The only time i have seen most kiwis get really competitive is with the all blacks in rugby. It is almost as if they fight for the Kiwis. i see more All Blacks memorabilia than New Zealand flags around by far!


People down here play things down. I have been told, that even their voice inflection at the end of a sentence which usually leaves the sentence as a question instead of a proclamation may reflect their insecurity in not wanting to press anything on anyone. They leave it out there as an idea.
This is reflected in:
Jobs-Less competition it seems
Goals- A worship leader came to NZ from a thriving church plant in the US to help a church that said they had great plans to move forward. When the music pastor saw the goals of the church he was very frustrated at how small they seemed compared to what he had seen in the States but for the NZ church here the steps in music in growth were very stretching.

There is saying that reflects the attitude here which says "Don't talk about it just do it" and "Do it with Less." TO understand this attitude, Jeff recommends watching a movie called "The World's Fastest Indian" i haven't seen it yet.

The Kiwis don't pride themselves as much in competition but in ingenuity. 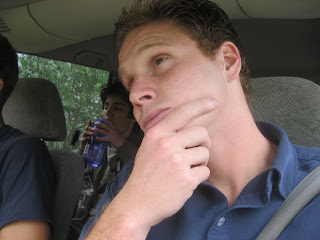 The Wesleyan Church has only come to New Zealand in the last 6 years since 2000.
There are now about 20 church plants on the North Island and none on the South Island. (There are still other Protestant churches here this is just Wesleyan)
The largest wesleyan church now in NZ is East City Wesleyan which runs around 140 in attendance. That means the majority of these churches are still young, forming structure, and establishing what they are and will become. The majority of the pastors are not fully employed by the church but have to find their financial income partially through other jobs.

Mike Yates and Michelle came over from Australia to NZ to start Shoregrace without any church sponsor. They came over without any support from a mother church. With the support of one other couple they have grown a quality community of people that are serving and impacting those around this area. Over three years, they have grown to a group of 50 or so! That is HUGE for only three years.

Picture yourself going with your wife, if you have one, maybe one other couple to a new place and starting to invite people to meet with you and join your vision for a church. I would be pretty stoked with 20 new people around me let alone 50 or more coming along beside me and the vision God has imparted!

Their idea of church Membership/holiness is some what different here. Jeff Fussner who is a missionary down here explained it as in america our church membership or standards of holiness are in a closed set in mathematical terms. Down here it is more in an open set. See the chart below: It is more about the direction you are moving than the place you are at

Do not get me wrong. i believe both approaches have strengths, they are just different approaches
Posted by B at 5:20 AM