Where am i Exactly?!? Greenhithe, New Zealand.

Here is the step by step map of where i live. I live in Greenhithe, New Zealand. I am on North shore above the bay, north of downtown Auckland. The maps below will progress down to the host house i am posting from right now. Enjoy! 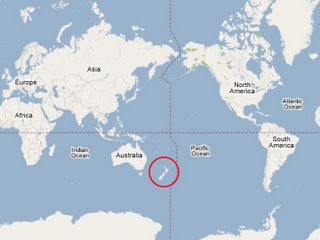 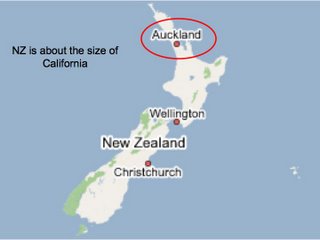 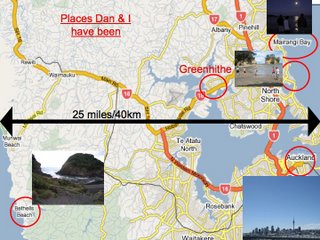 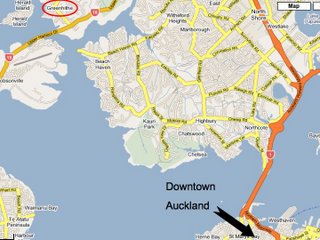 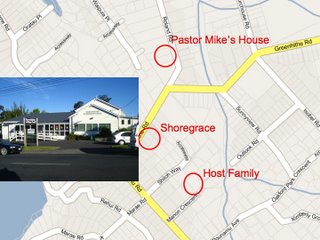 If that doesn't clear up where i live at all, then i would make a lousy tour guide!?!

As to when church starts, i stand corrected. I typed in September 14 but meant January 14... that kind of makes a BIG difference!!!

Today Geoff Davies, and a few of mike's kids took Dan and I to a New Zealand vs. Sri Lanka CRICKET game. It was awesome! A video of the crowd doing the wave will be attached to my blog tomorrow... It was insane!!! They screamed and threw trash everywhere! Hilarious. The game was fun.

One of Dan and my favorite forms of entertainment right now are kids' playgrounds. NZ still hasn't really gotten rid of some of the unsafe rides. They either make you really dizzy or could totally hurt you by hitting you or squishing you. Good times. I will also add pictures of that tomorrow.

I am reading Irresistible Revolution by Shane Claiborne right now. Interesting concept so far and i like some of his points but i am not sure i buy into everything the author says. I will have more to say about his this book soon and probably have some quotes tomorrow.
Posted by B at 6:56 AM

Glad to see you're drinking deeply at the well of NZ culture...