Did i meet famous people and not even know it?

So i sitting in the LAX (might've been chicago but I think it was LAX waiting for my flight back to IN a week ago and ran into two people i think were famous: 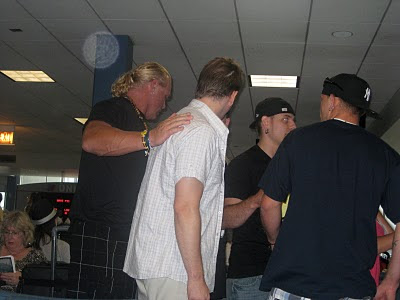 This guy in the picture above was huge like a wrestler, had a some tattoos, and this group of guys asked to take a picture with him, i didn't know who he was so i didn't feel right asking to pose for a picture. Is this a WWE guy or someone else i should know? 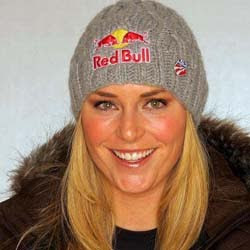 at the same moment, i always like talking to the people next to me but i was sitting next to an attractive girl in normal clothes that had a wedding ring on and across from us was another guy chatting up the girl next to him and i didn't want to be that guy so i just contently played a game on my ipod instead. After awhile I was curious though, because she had ski boots on her louis vuitton carry-on so i asked where she was going and she said, "New Zealand to meet up with her team" and after i asked she said she was "a professional skiier." As she got up for the first class customers to board her plane, i quickly asked, "wait so are you well known? i didn't get your name" She humbly responded, "Lindsey Vonn" (with a kind laugh) "i don't know, maybe." and she was on the plane. I didn't know until i just looked up her name yesterday that she is a 2010 US gold medalists and that she has been on the front of Sports Illustrated and has a Facebook Fan page of like 150,000 followers among others things!
Posted by B at 1:29 PM No comments:

Resting and Taking it in. 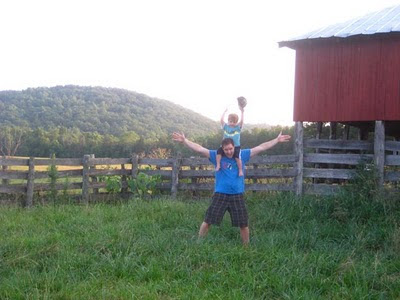 Me and my nephew Jaylon by the barn 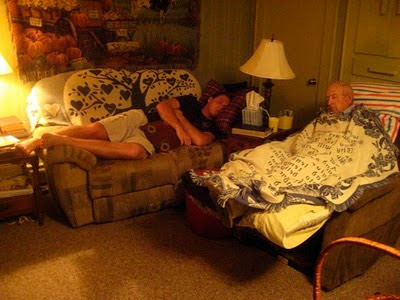 me and pappaw resting in the air conditioned house.

I am officially back in the states spending time with family for the next few weeks. I am looking forward to putting together a large NZ update after I take some time to process and resettle over this time. It is definitely a big time of transition as the people in New Zealand have become my home and close friends over the past two years. Thank you so much for investing or being interested in how God has been working in New Zealand and my part in that. I have so many stories to share and can't wait.

back for a day and resting and enjoying family time
Posted by B at 12:21 AM No comments:

I was going to look up Proverbs 19:21 in light of me making future plans and God being in control but i accidentally put in Proverbs 21:19 instead and it said rather bluntly:
19 Better to live in a desert
than with a quarrelsome and ill-tempered wife.
not hating on women, the verse just caught me off guard.
Posted by B at 3:59 PM 3 comments: