3 funny things happened this last Thursday:
Posted by B at 9:03 AM No comments:

If You Want to Listen To My Latest Sermon

Just over a couple of weeks at cession|community ago I preached on Judgement. It was a sermon that i received a lot of cool responses about. If you want to listen to the sermon you can click here and it should start downloading.
They included about 10 minutes of testimony before my actual sermon just as a heads up and also, towards the beginning, when i ask "what are your honest opinions about this?" i have on a crazy pair of American flag pants.
It was for a series called The Apprentice discussing whether you had what it takes to follow Jesus standard of living in terms of gossip, judgment, and revenge. 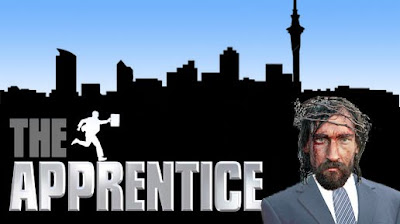 Personality Driven Ministry: To do or not to do?

Having a stronger personality, this has been one of my bigger questions and areas of tension as i try to give to the church and people around me.

I hear both sides:

A) More often i hear: "Don't build a ministry around one person or personality."

The reasons are usually explained by someone who has felt the direct effects of this type of ministry when a pastor like this leaves the church. Often the people still at the church after the leader leaves are left trying to pick up the pieces or trying sustain or pick up where the other pastor left off without developing leadership and delegating other leaders to carry on what he started is one of the most common explanations.

B) On the flipside, some ministries just have worked that way like the Billy Graham Ministry.

I am not criticizing its inner workings at all, but all i am saying is that the name of that ministry and what it stands has centered around Billy Graham and his message. I was recently asked, "What is it that only Brent can do for the church? ...that God has created you for?" There seems to be a case for also leading a dream or passion that God has put in your heart and rallying others around you.

The fear of A is holding back. It could be good restraint, but i also believe there can be a negative restraint if i never feel free to fully pursue the dreams or directing God leads

The fear of B is selfishness and pride. It could become less about the team and more about your own desires.

I believe both kinds of ministries can have a time in place, but i have often felt in the middle. Wanting to just "unleash" and allow my personality and hearts desires to run free and to see where God takes them, while often holding back fearing whether it would become prideful or whether i would make sure to do this around a team and create something that goes beyond me rather than just living in the moment.

My Top 10 Most Pet Peeves

I grew up trying not to have too many things that annoy me, but as i get older my list has grown a little bit :) so i decided to put my top ten list of annoying things together. This has been a week long process, but i finally have a solid list so here it is!!! I hope it entertains you :) 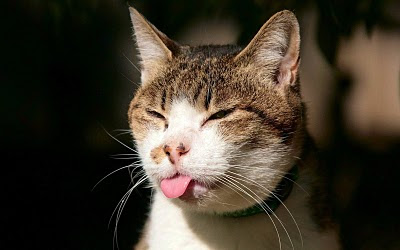 My Top 10 Most Annoying things

Here was a random Christian video that i came across that i found intriguing. I am always so impressed with artists expressing themselves in different ways.
Posted by B at 1:30 AM No comments: