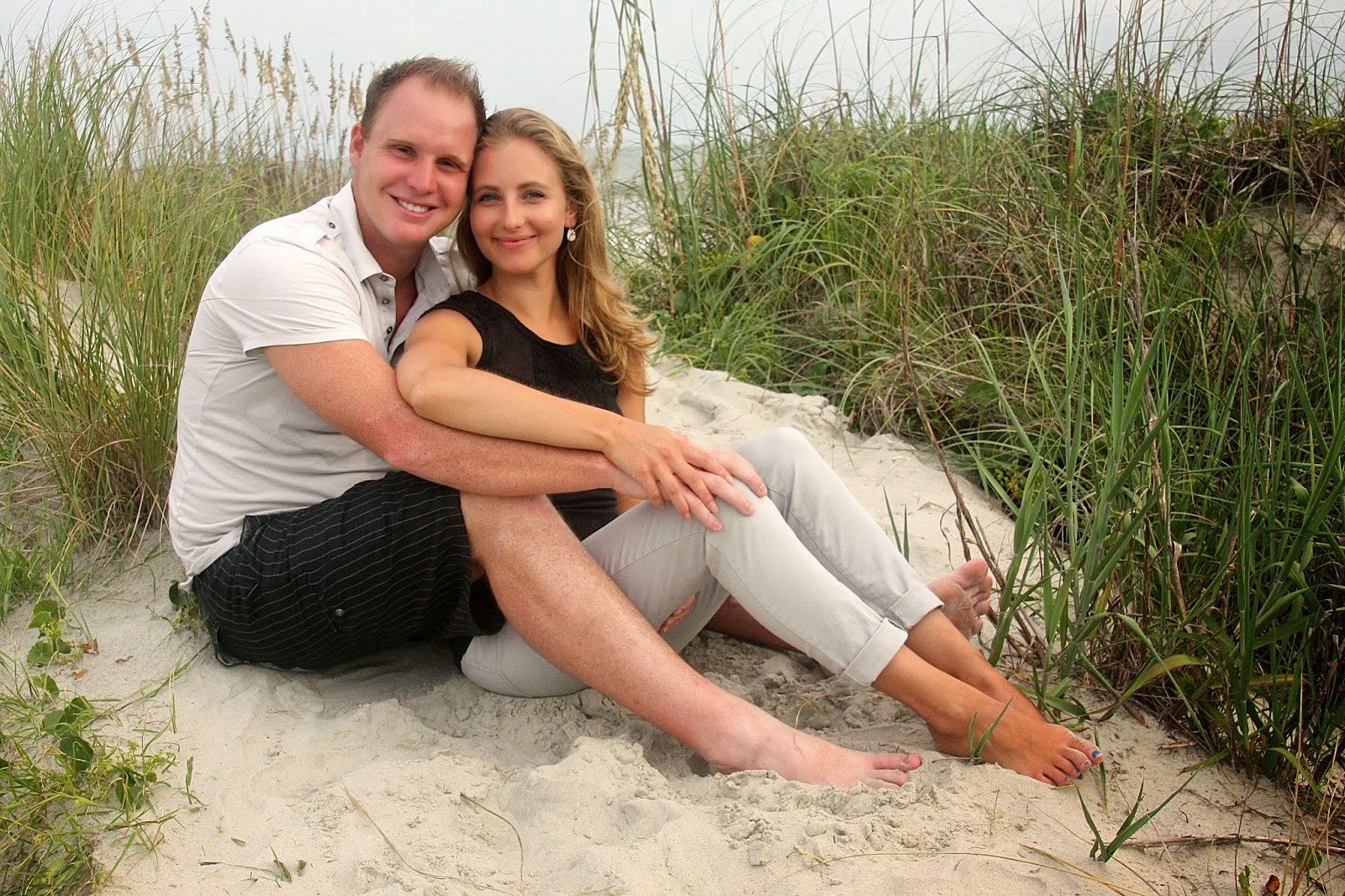 
IMPORTANT BACKSTORY INFORMATION
Natasha met her extroverted first love and husband Lynn Erskine at Kingswood University (previously Bethany), where I now teach.  They pastored at Emmanuel Baptist in Truro Nova Scotia until Lynn’s heart stopped unexpectedly while finishing a long evening run on Sept 2, 2012.  Earlier that morning he preached at church and watched an afternoon movie with his family before Lynn parted from this earth and his beautiful wife and two beautiful blonde haired blue eyes daughters Roya (4) and Alea (2).  (For those wanting a fuller picture, click here to link to blogs on "Honoring Lynn Erskine" and "Understanding Natasha's Grieving")
Around October 2012, I had a pastor's wife come up to me in Michigan after a time of prayer and spiritual discernment and share that God had impressed on her these words to share, "Rest.  And she will come.  And there will be two blondes beside her."  I was very single at that time.  Then, after dating a brunette seriously for over half a year, I had disregarded this comment and wasn't looking for a relationship.  But around December 2013 a mutual friend mentioned a young woman of God in PEI(Prince Edward Island) that I should potentially meet and when I found her blog to see who this woman was, this picture below of Natasha is what I saw. 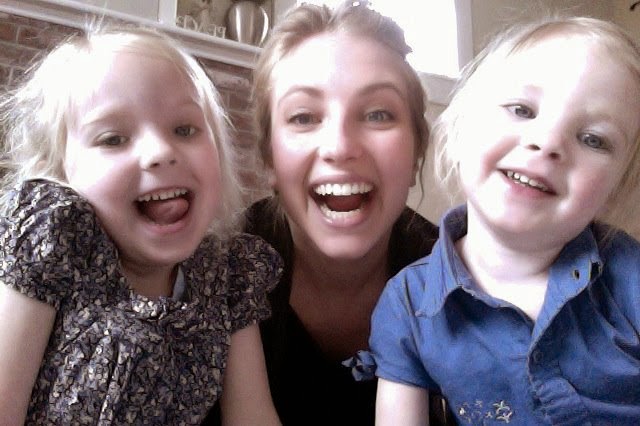 Needless to say, when I was given the chance to deliver a painting to her, I thought it necessary to make that opportunity happen even though I had no huge expectations as to whether I was simply a delivery boy or whether something might come of this random rendezvous.

WHO'S NATASHA (FOR MY NONCANADIAN FRIENDS)?
DATING

Working around both our school schedules to date/court a mom with two girls who live 3 hours away was quite the challenge.  We definitely had to make the most of weekends, vacations, and Facetime.  You can read "Our Love Story As A Book" if you are wanting the full scoop from our first date to marriage or how in the world I progressed from contently single to happily getting married. 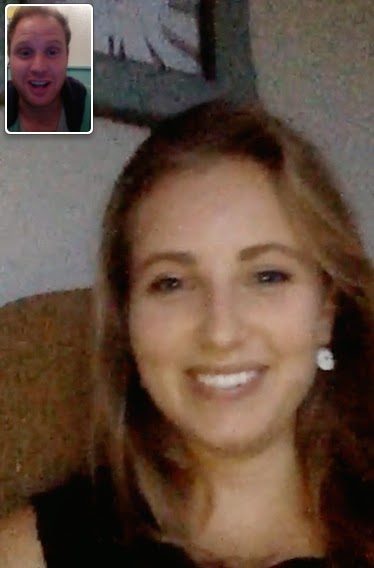 ENGAGEMENT
I’m not sure whether to be embarrassed about this or not, but while walking on the beach and talking I “unofficially” proposed a few days earlier on the beach simply just reaffirming to Natasha that I loved her and wanted to marry her, but was waiting for a ring before I felt like it was right.
July 26, 2014 around 10:30am we got engaged on a private beach in Holden beach, North Carolina.  I called Natasha’s parents back in Moncton a couple hours before and asked for their blessing over the phone.  I cherished the moment where her dad prayed a blessing over me before I hung up.  Even earlier we had already both gotten up before everyone that morning and had our morning devotions side by side in a peaceful place.  Fittingly my preset reading plan fell on the vine and branches passage on abiding in John 15 which is the only Bible passage I would’ve directly connected to Natasha as a confirmation from God considering her blog’s named “Abidinginmylove.” And that directly reflects her heart’s desire.  Natasha and I had been ring shopping a couple days earlier, but she also knew I didn’t have a ring yet so she didn’t completely expect anything to happen today when I asked her to go on one last walk with me on the beach before we left that Saturday morning.  Earlier I had walked down with my dad and had a father son talk and written “Will you marry me?” in the sand for Natasha and “Can I be your daddy?” for Alea and Roya.  My dad and I outlined it with shells in the shape of a heart. 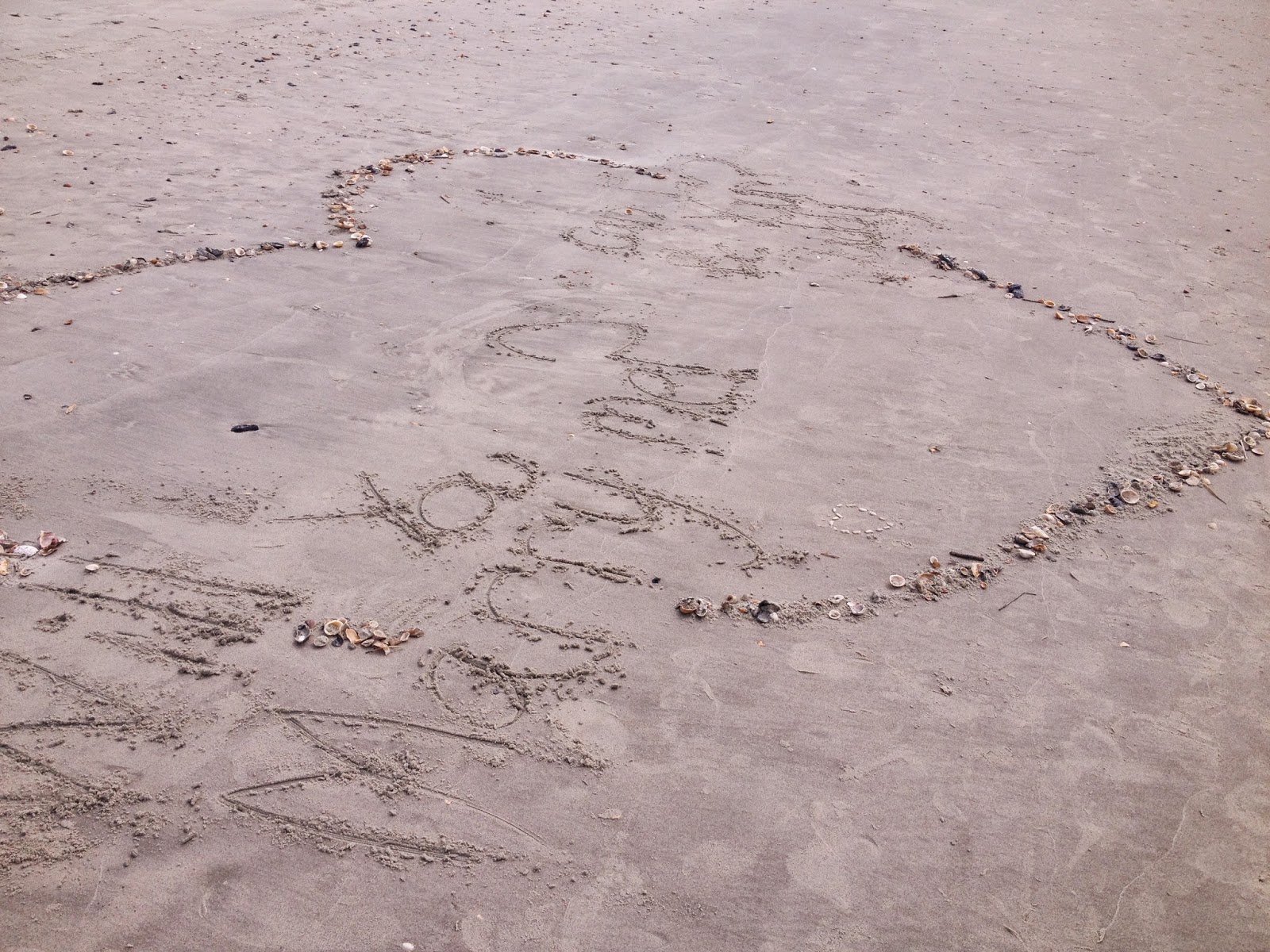 Since it was earlier in the day, the beach was empty except for the occasional runners or walkers.  I took Natasha out and walked a little ways away from the heart and told her that I loved her and what she meant to me and we prayed together and I think she knew it was coming by that point, but I got down on my knee and asked her to marry me with a fake diamond ring for her to put on until we went to go pick out her real ring later that night.  She said, "Yes!" 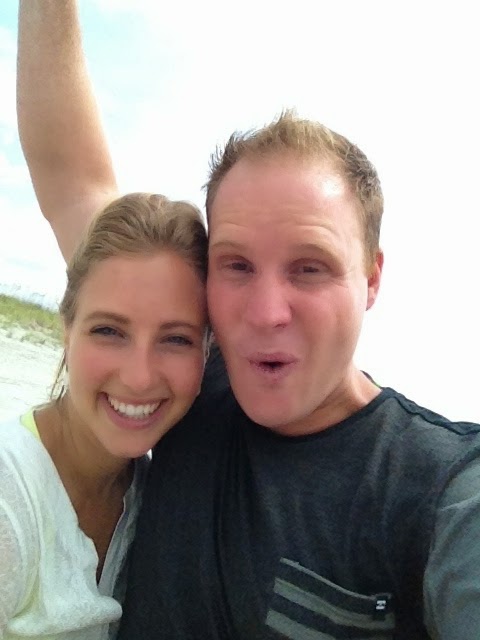 As we were hugging in celebration, the middle aged man below in his hiked up white shorts walked right behind us and comically trugged right through the middle of our heart and walked over the words in the sand without even knowing or giving it a second thought. 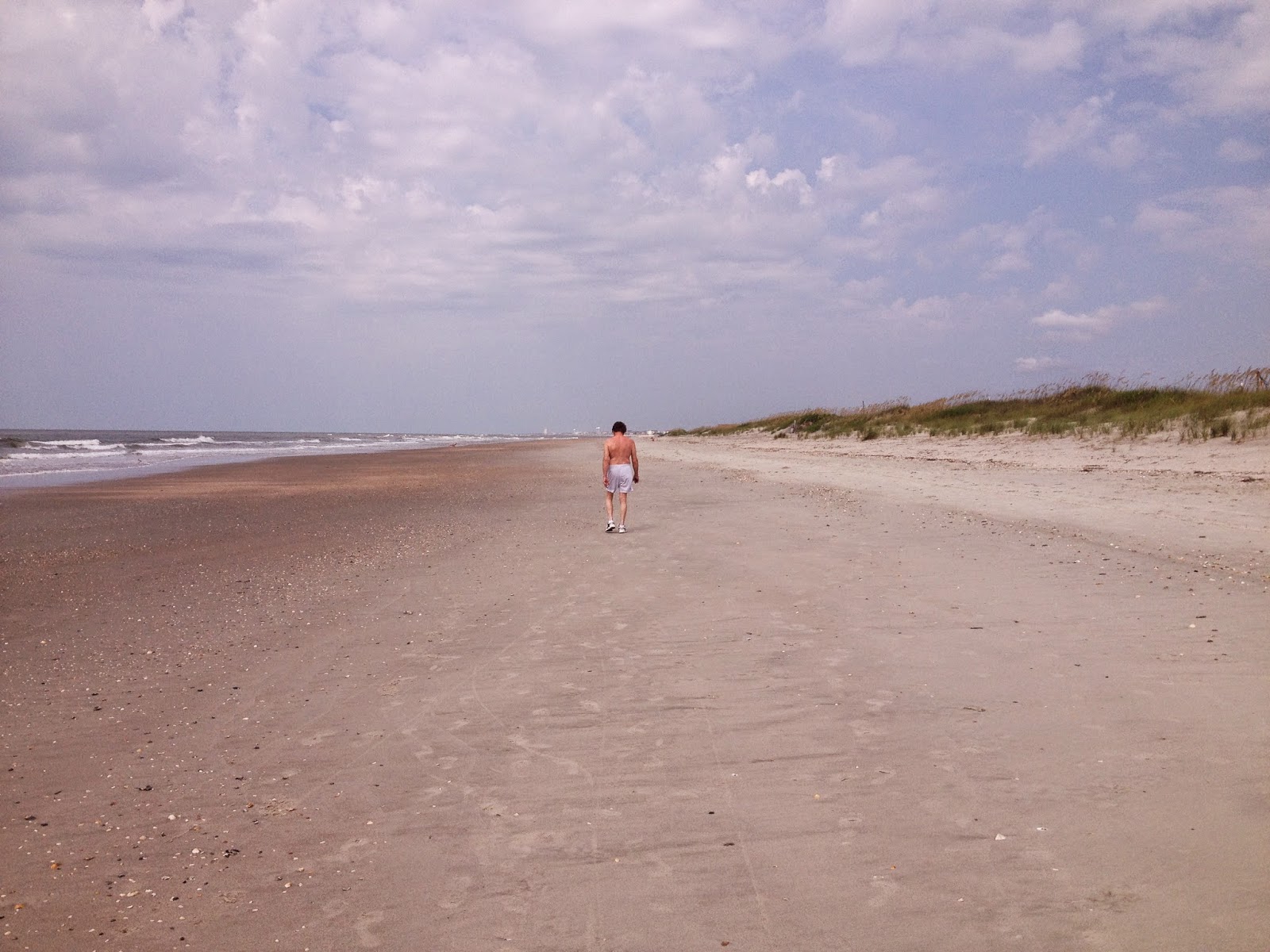 We walked back down the wooden walkway holding hands to bring the girls back out and to ask them the second question. 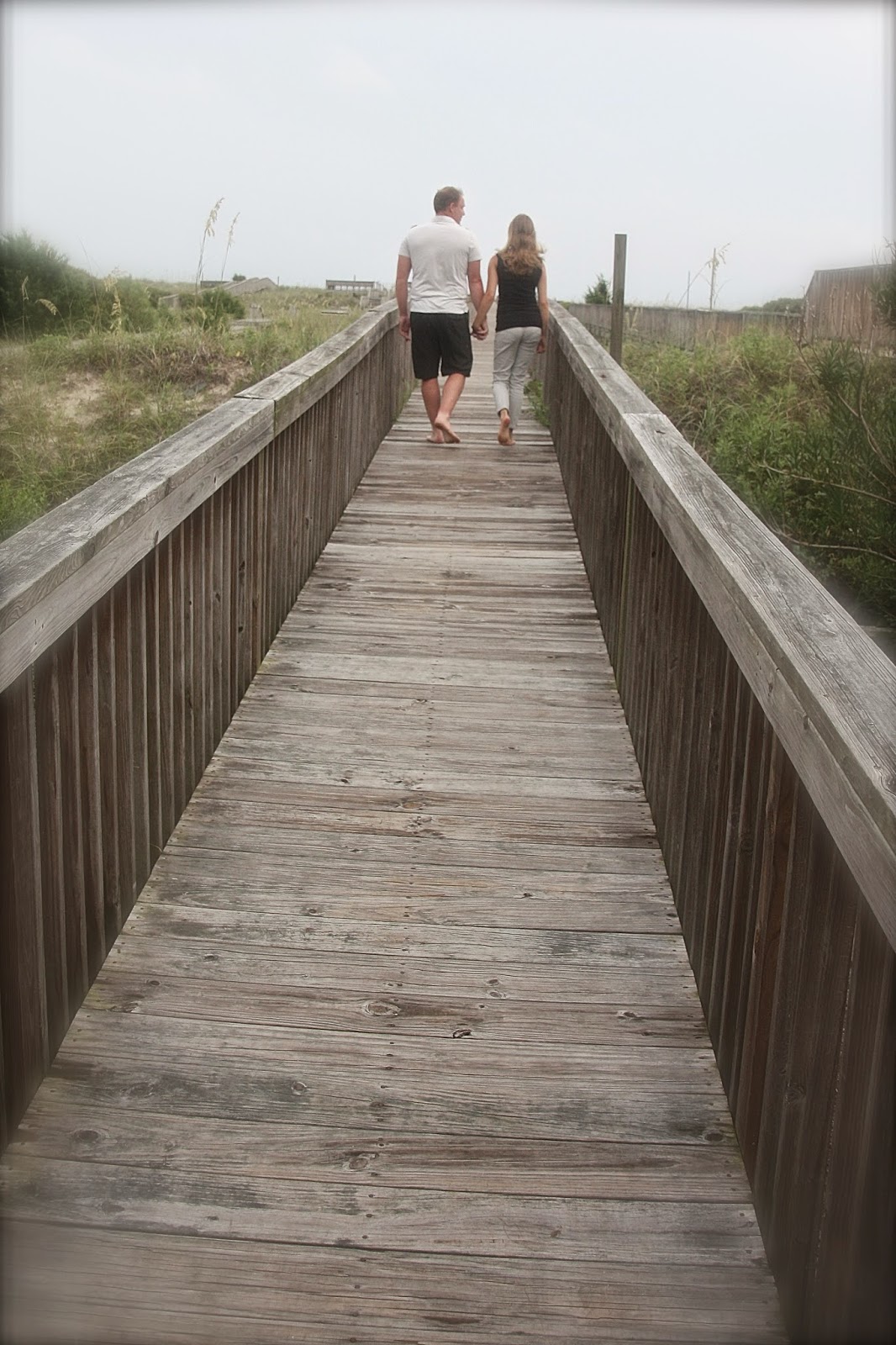 We had to pull them away from a movie and they walked down the wooden rails to the beach with us holding their hands for entertainment.  When we got down there, they weren’t overly excited to be there but they were snuggly so we walked them down and showed them the heart and got them to try and read what was there. 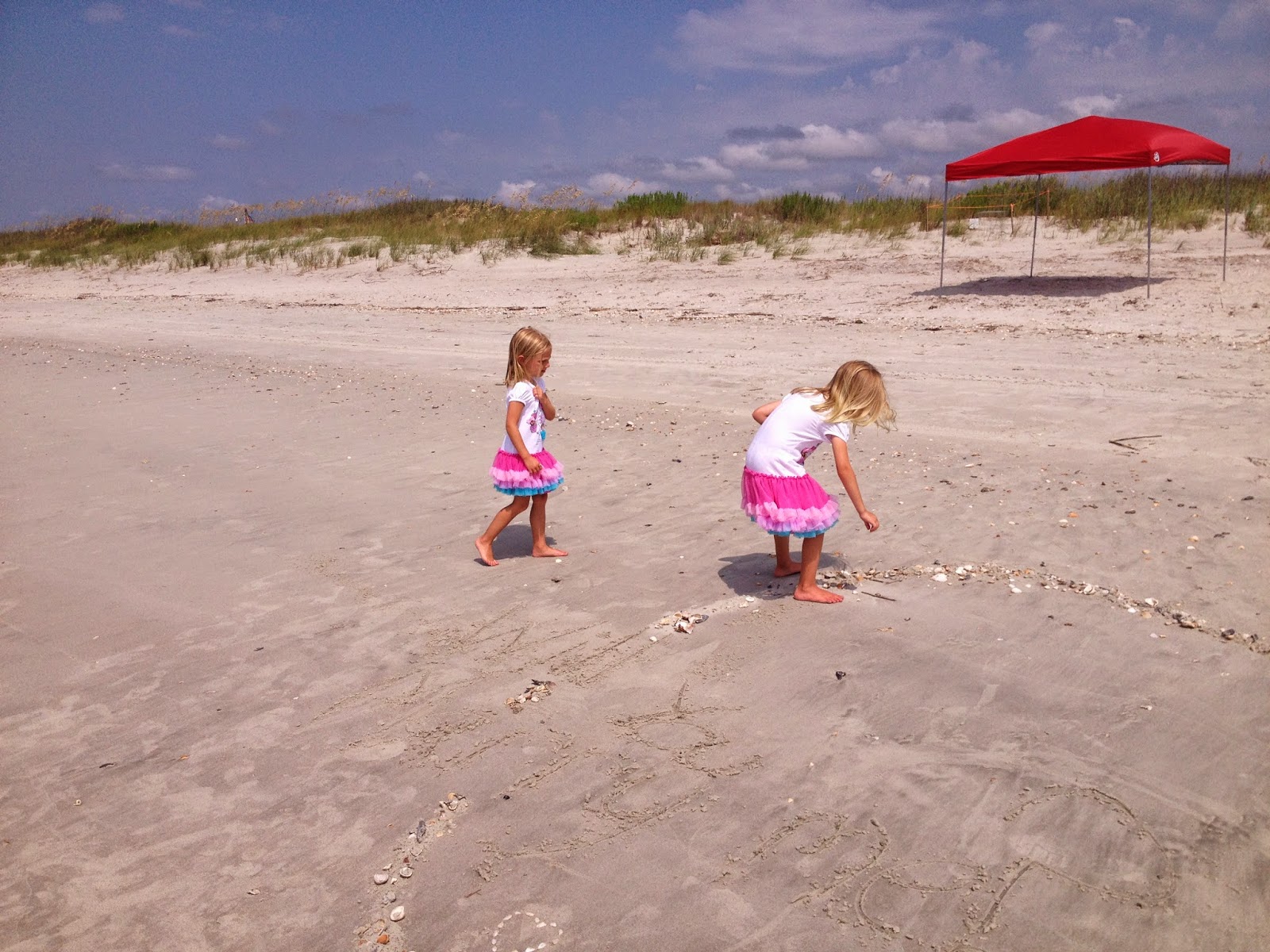 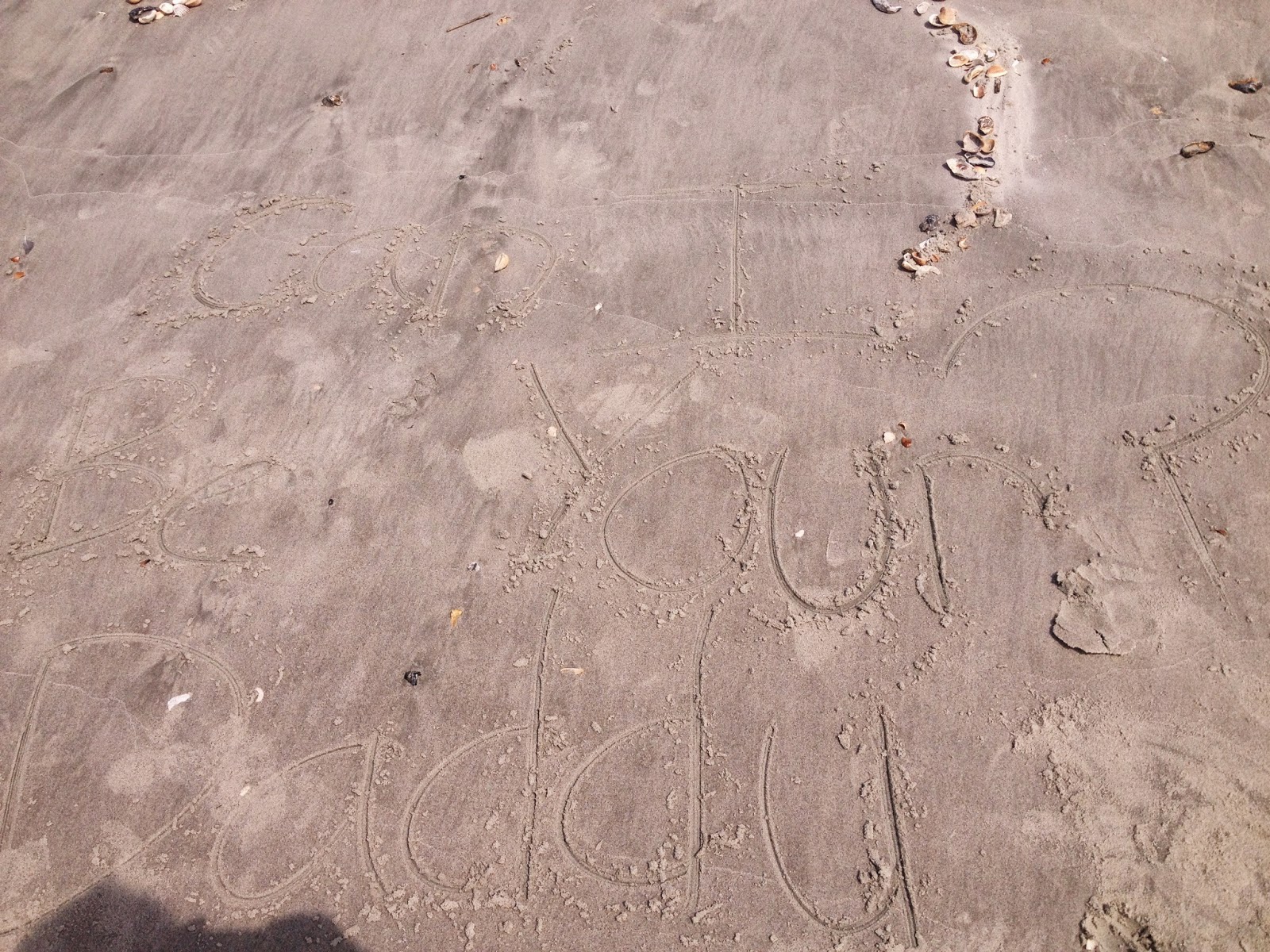 I told them that I had asked there mommy to marry me and then brought them to the second question and told them I that I had a pink ring for each of them and wanted to ask if I could be there daddy.  Alea said something along the lines of, “Of course, I told you we wanted you to be our daddy!”  Roya who is more of the processor more snuggled and settled into my shoulder and I asked her quietly if she would be happy if I would be her daddy and she simply said, “Happy,” and was cuddly while I held her the whole walk back to the house. Mixed cds I make for Natasha and the girls have also been a special way we have connected so I also had a Disney cd for the girls and a “Beautiful Love Engagement” cd for Natasha when I asked. 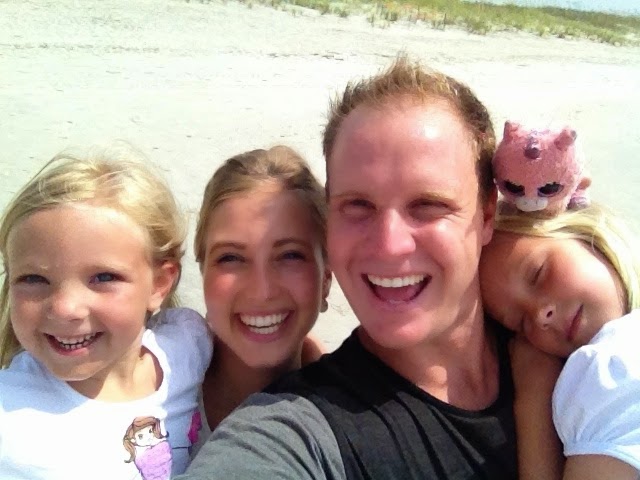 When we got back to the house my family was there with camera and I had a bouquet of flowers for Natasha and two small ones for both of the girls.  I couldn’t have made that all happen without my sister Jen and my parents and Kelly’s suggestions on when and how to make everything happen and stuff like making the flowers happen. 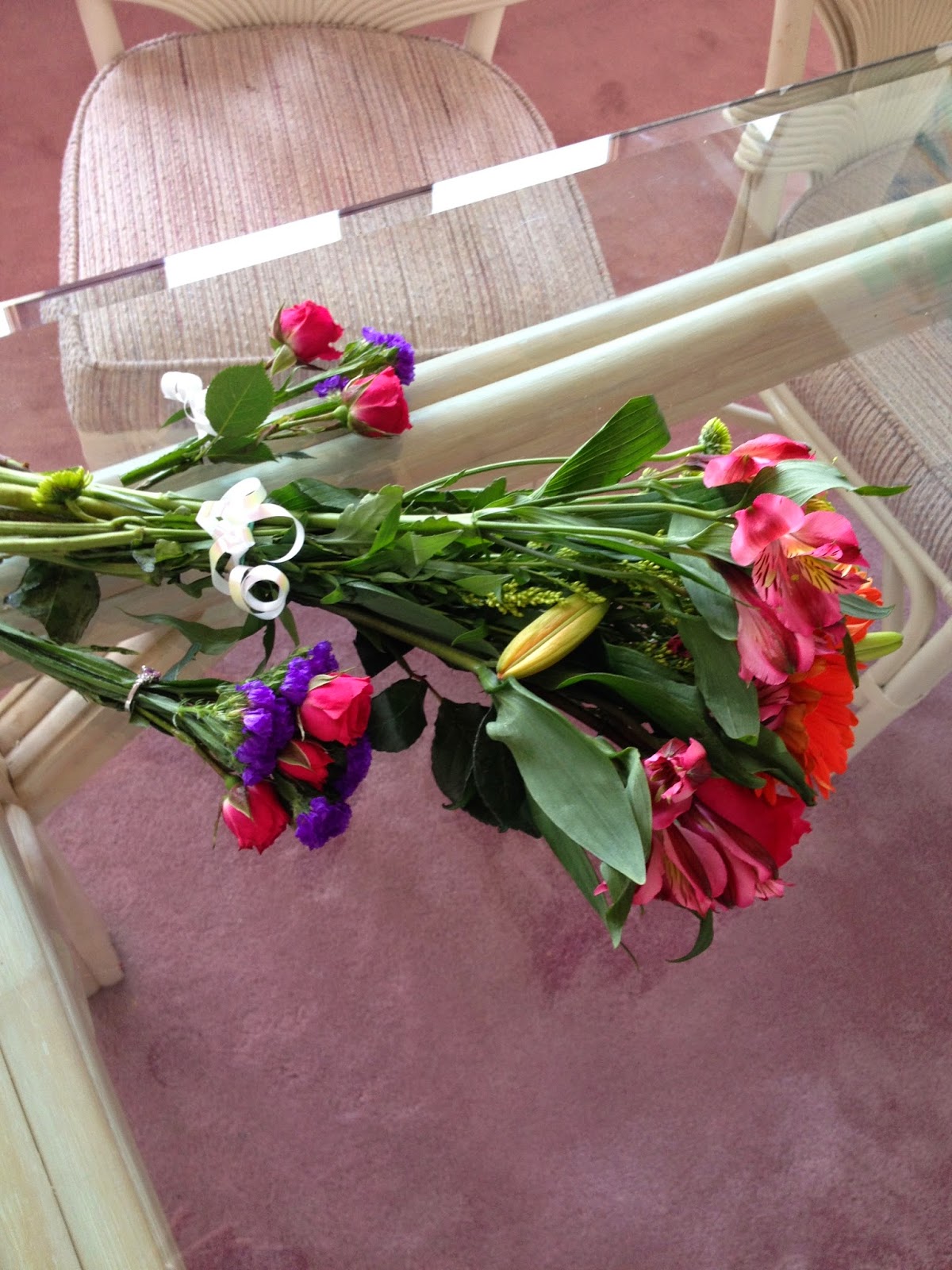 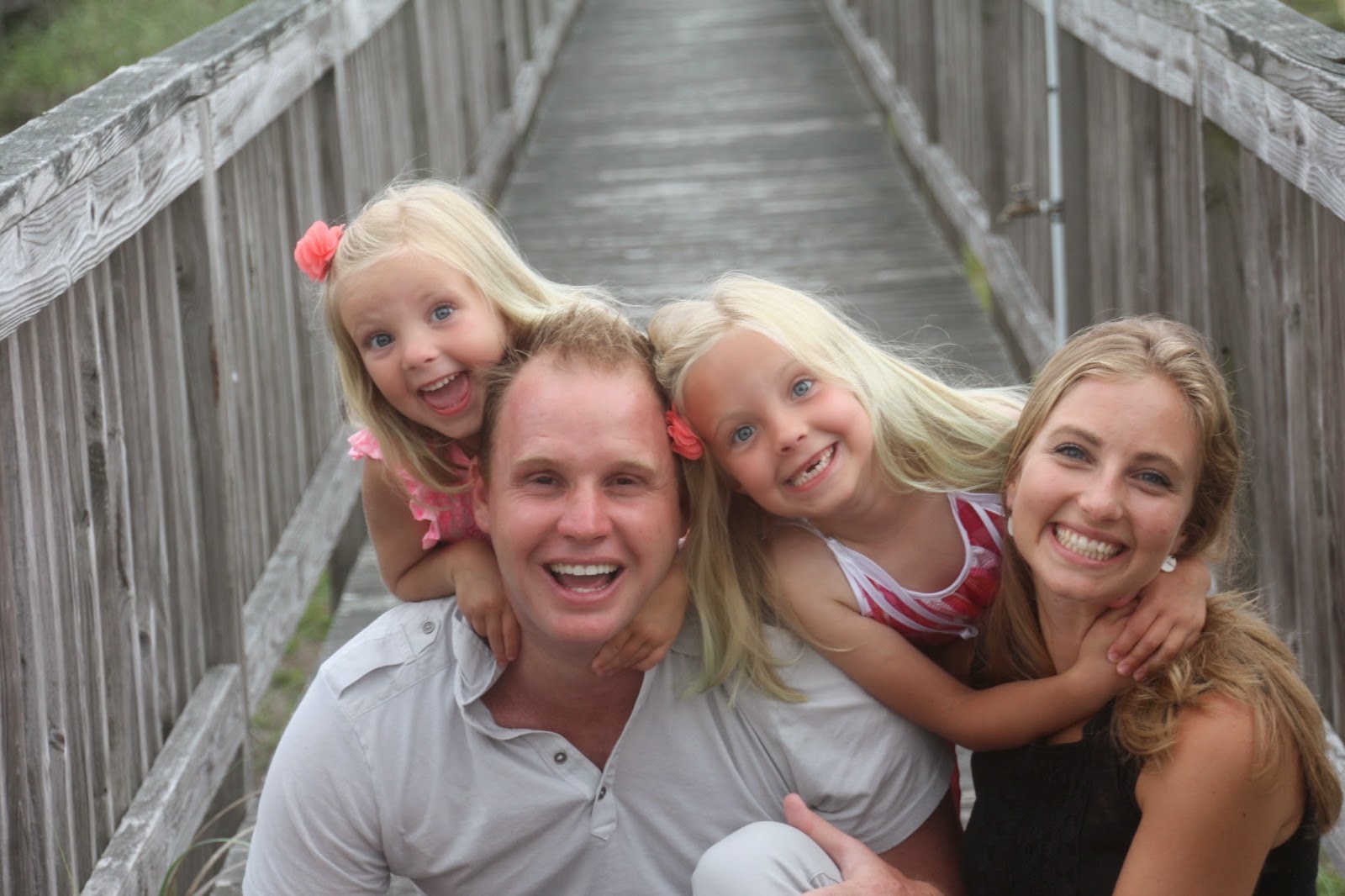 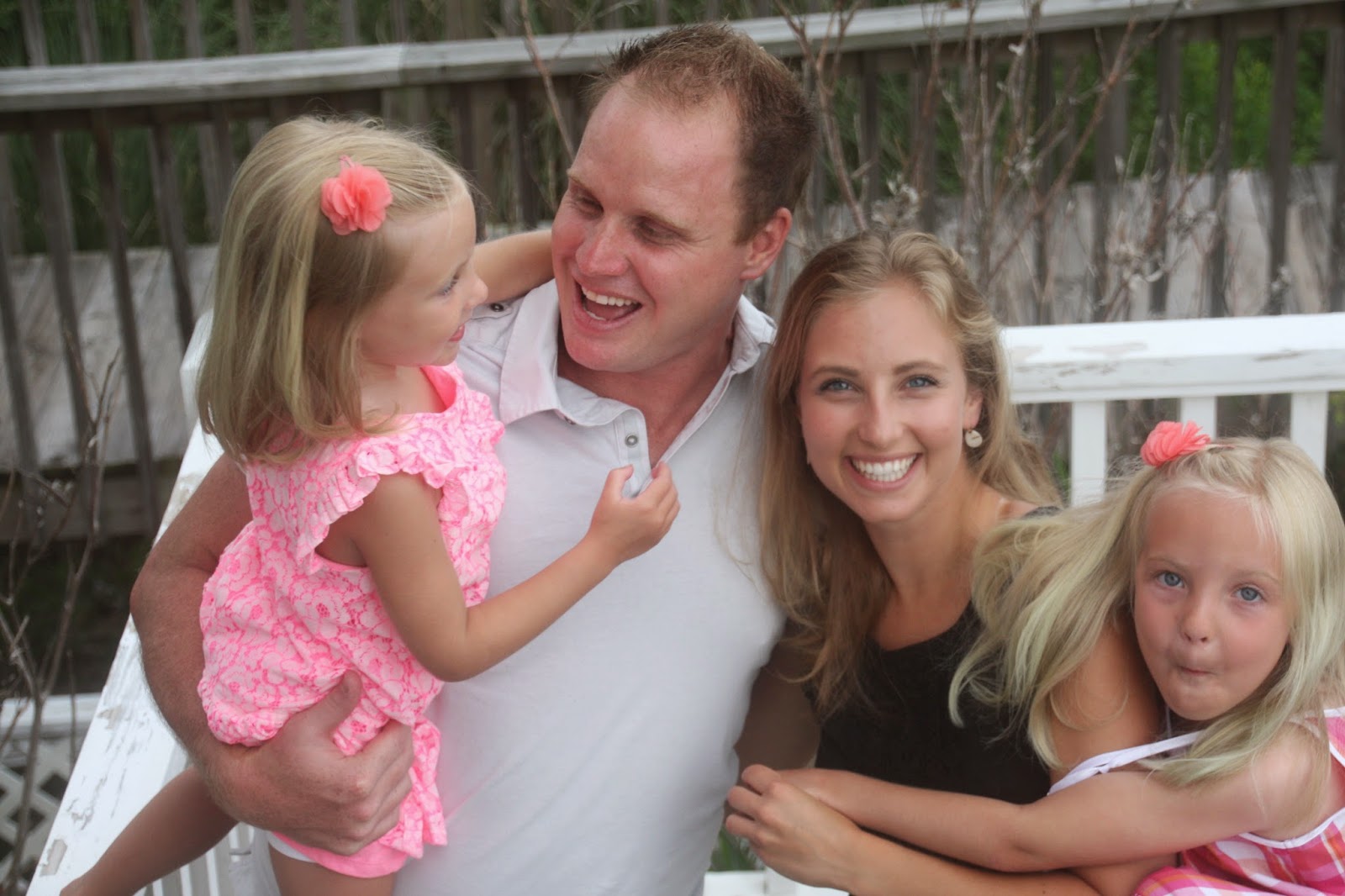 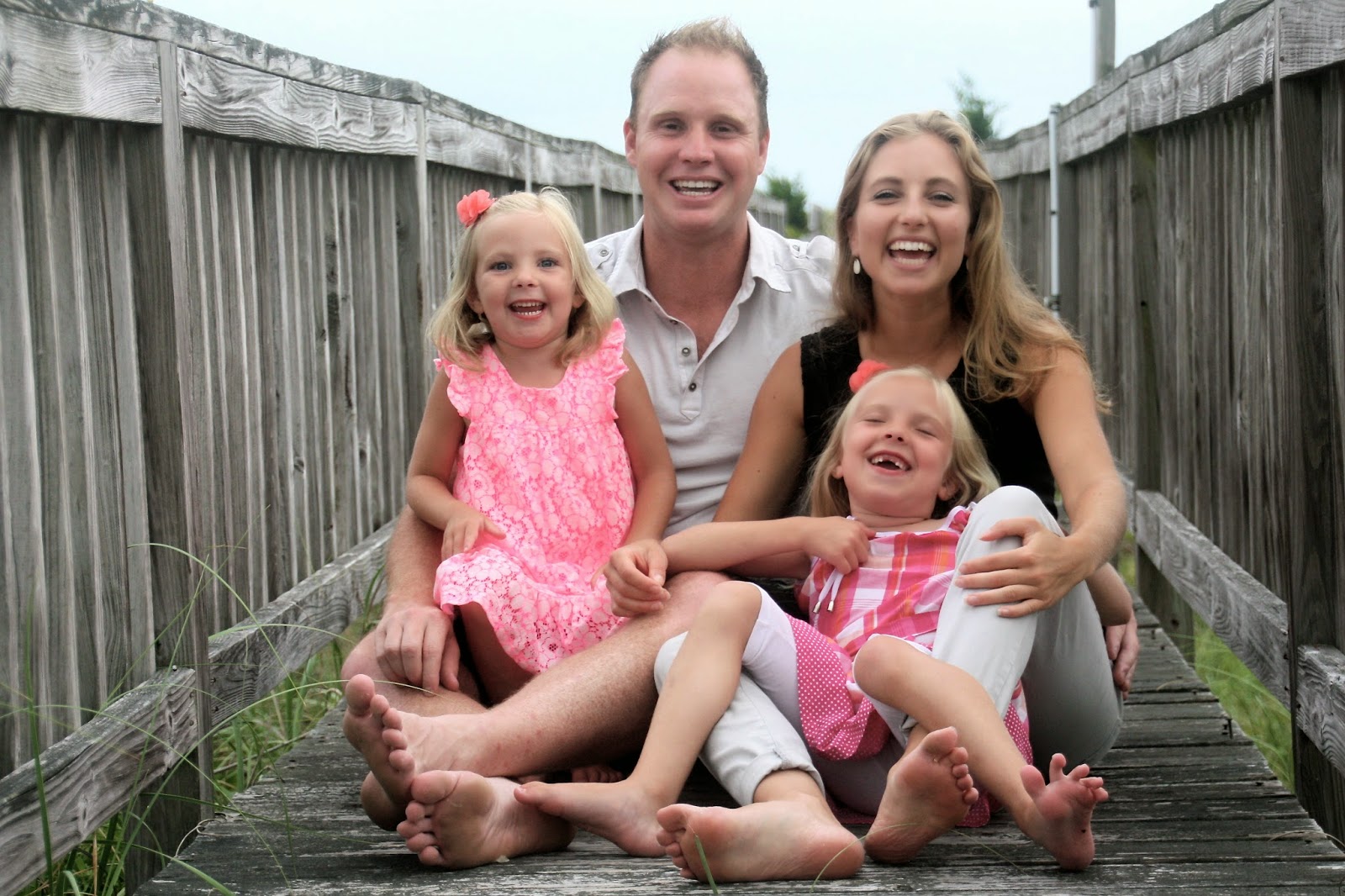 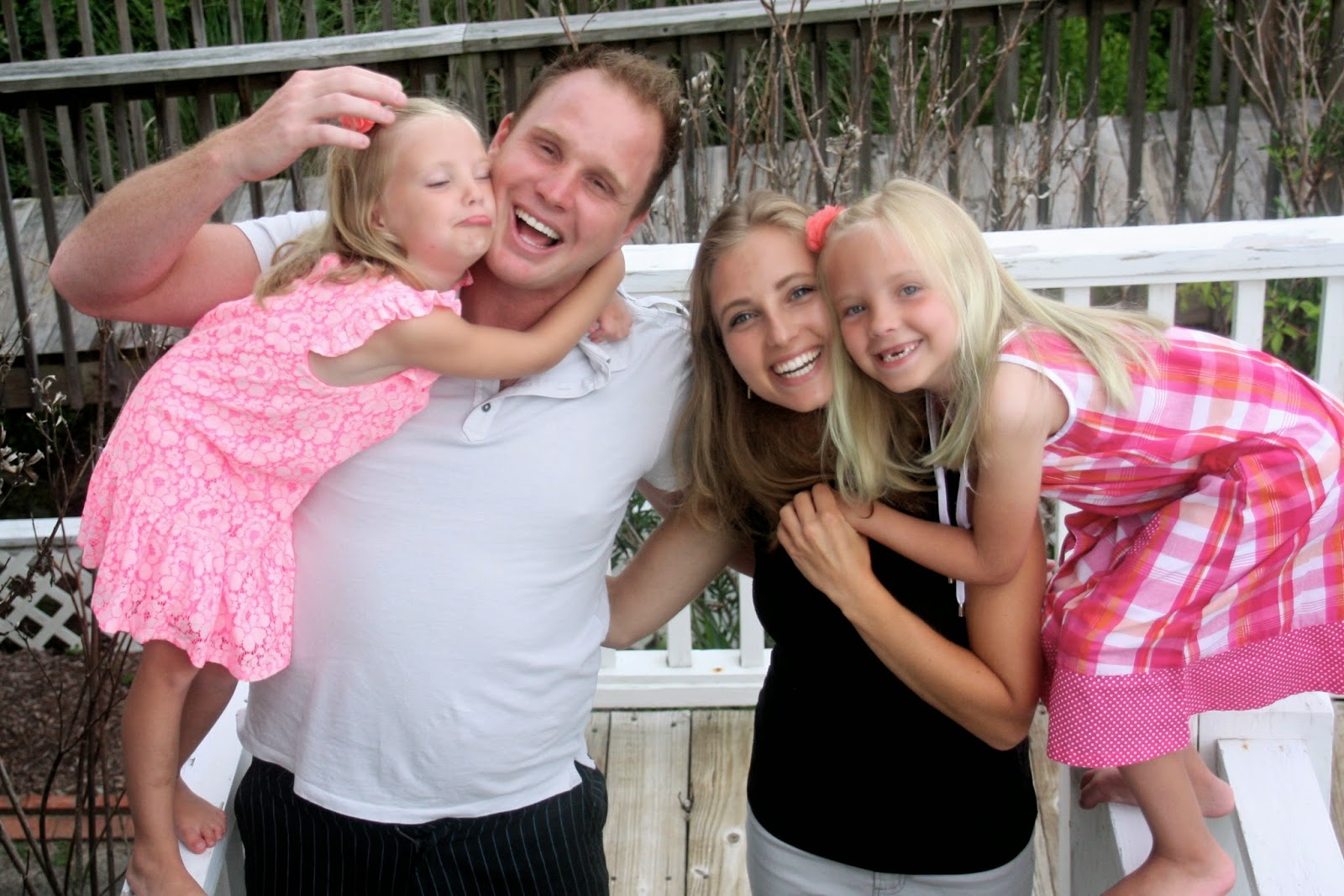 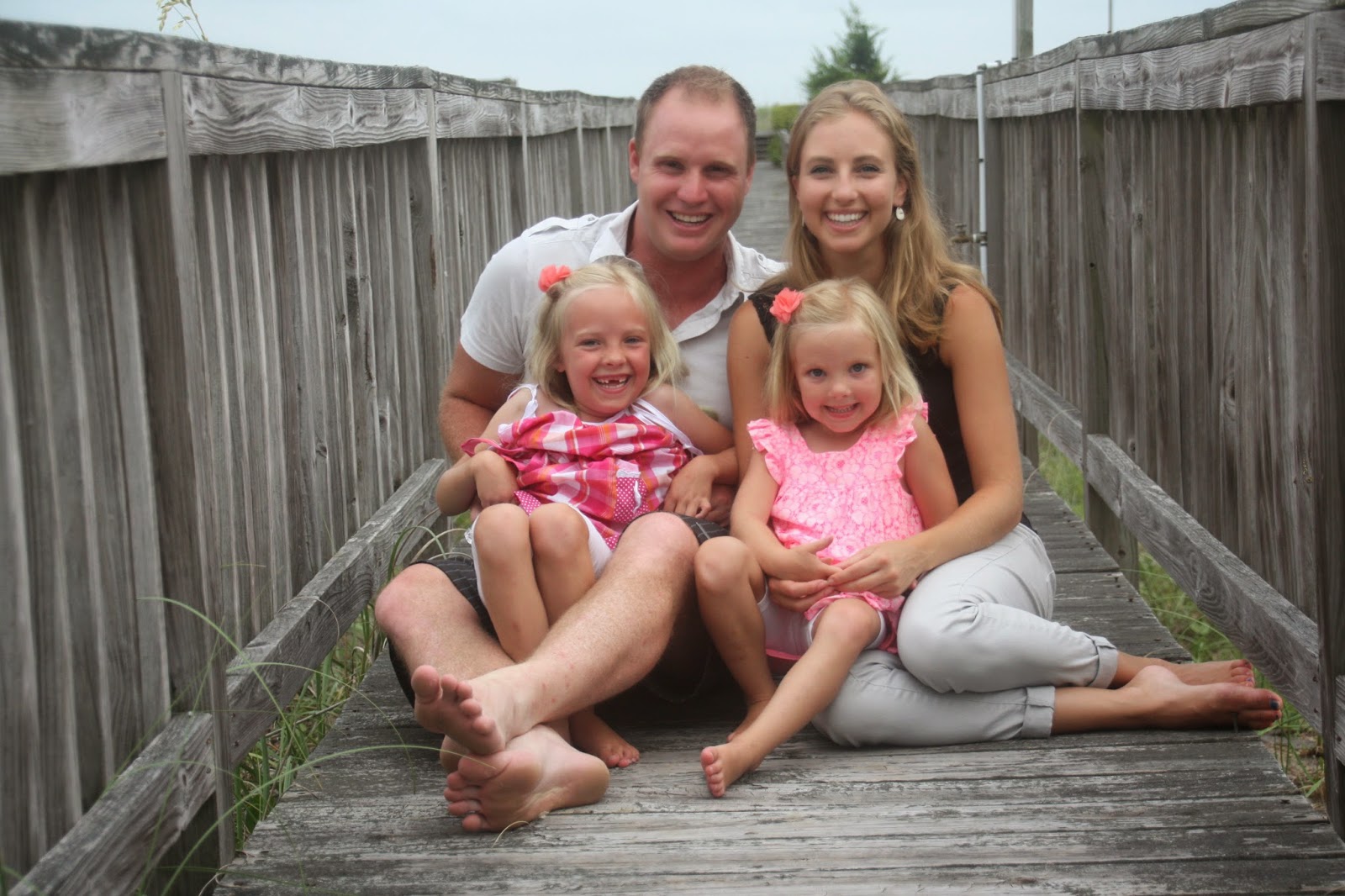 If this still hasn't been enough info here are a few repeated details fleshed out of the our meeting to marriage process: "Our Love Story As A Book Extras"
Posted by B at 10:00 AM

So excited for you guys!
May God continue to bless this story, His story.

Very exciting; thank you for sharing your story! May God continue to bless you all as you embark on this wonderful adventure.

I'm so very Excited!!! and very impressed - a Mulan quote (this gets you cool points :D ) I Love it!!

Natasha, I have followed your blog, made some comments, and I am so happy for you and the girls. They look so happy, as you all do. May God bless your marriage with years of Grace and Happiness. Brent sounds like a wonderful man of God, and you can tell he loves you all very much. You should not only write your book but your story should be a movie....May God bless you all....

Thanks so much for sharing this with us, Brent! How special to be with your family and to have their involvement in making this such a special time! God's blessing to you four as you plan and prepare for October. Want lots of pictures of that wedding!!!!

Hoot from Heaven & Normie who loves you! said...

How incredible to have seen you grow into the Godly man you have become and to know God has blessed the four of you, to bring you together as a family! Congratulations for always doing things the right way! Many happy years to come!