A week ago, me and a friend got in a car and drove nine hours to a KU vs. Iowa St. game in Lawrence, KA. My friend Moulaye Niang played on the team for three years and got us good seats for free. He is 6-10 and from Sinagal. One of the kindest most laid back guys i know 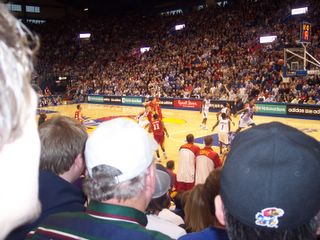 we were seventh row up... this the view from our seats 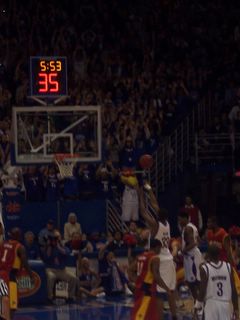 The energy in the place was insane 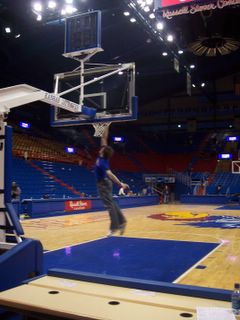 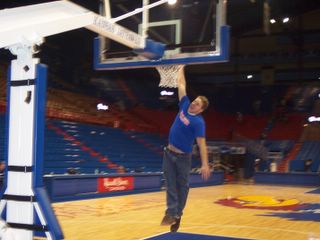 i obviously got higher :) 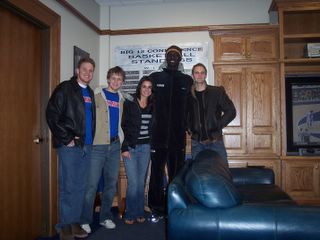 Moulaye is 6-10 if you couldn't tell
Me and Zach Moore rode together, Another friend from high school, Kim Clark drove up from Oklahoma for the game and brought a friend. It was good to see some friends from San Diego 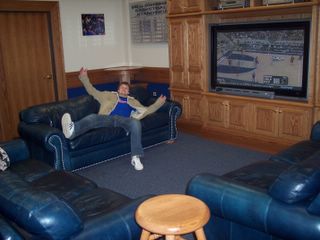 this is where the KU team watches game film in the locker room... its a rough life 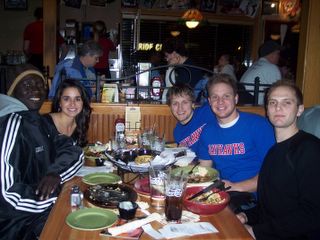 Dinner afterwards
Even though Moulaye never got major playing time he was like a celebrity. Everywhere we would go people would know him. When we walked into a restaurant i heard two kids whisper his name and then i turn around to see him pick up a little girl and kiss her on the cheek. It was the coaches daughter, but still it seemed like he knew everyone. Since they don't have a good proteam you could tell their fans were die hard to the end. While at dinner Moulaye mention how nice coach manning was on the team. It didn't dawn on me until later that this was Danny manning from the NBA. 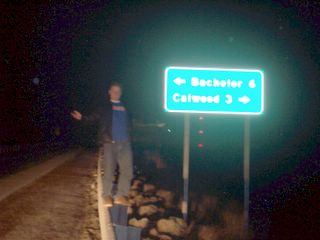 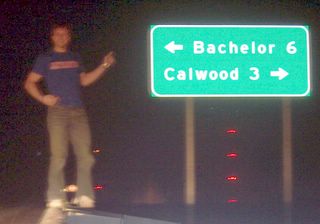 If only it were this easy
We had fun along the way there and back too, if you couldn't tell. Did you know there is a towns called Pocahontas, Effingham, and Bachelor. There is also a place that makes foot high pies. I don't know about how good it would taste, but that is a feat if you ask me!
Posted by B at 1:58 AM

Brent,
It's good to hear what you are up to! Miss you!
Love,
Your Sis,
Jen

Thanks for taking Z-Mo along for the ride. He had a blast!

Any message you send is fine!

AIM abuse can be reported here.

Ok Brent, time to update your blog....we all wonder what is going on in the fabulous, BLOGGABLE life of Brent Dongell...!!! -AP