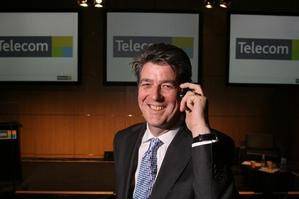 It seems more common for the NZ newspapers to scrutinize over bigwigs' spendings like where the Prime Minister spends his vacation, what flight seats government officials sit in, etc.
This might simply be the fact that i read the paper over here, because i know there was a public criticism of owners flying their personal jets to meetings during this economic crisis, but i guess i kinda smirk in amusement at titles like this one above and think:
I think i would've probably heard more a US report of admiration of how rich this guy was, the hard work he has put in, and the wonderings of how others of us could be that way rather than a feel of tyranny about the man's salary. Otherwise, i am not sure it would've even made news as a big deal, since it seems the big guys are obviously just going to get paid more.
I haven't dived into the article, but yes, this man get paid A LOT! More than i can imagine anyone ever needing...
But i guess i can see both points of view: I feel like the easy Christian argument is often "accumulating wealth=bad and living economically=good" but i am not sure it is that simple.
I feel like i could state almost if not as good of a biblical case for accumulating wealth that is spent wisely and generously as i could for living sparingly without ever accumulating much.
As for me, i guess i have just assumed i will never have to deal with the problem of too much wealth as a pastor, honestly.
As for this guy, this may be a case of total greed or not, i don't know how the man personally spends that money.
i just found it to be a great springboard to discuss the tension i feel living between these 2 cultures.
Posted by B at 7:46 PM

Good thoughts, Brent ...
Ones I think about and toss around often in the back of my mind. Can (Christ-followers) be just as sold out for Christ by living, working, spending money in the world as they could be by solely living on God's physical provision daily? Or can they be one in the same? If so, what does that practically look like? (etc)
Questions like this and more escalade when I travel or take a step back from the culture I am absorbed in and try to align it with the WORD. The answers are very few and slow to come however ...

I know I'm a bit late on this... but diving into the details would have been a great idea :)

The hassle around this guys salary is about performance... if a company is losing ground, should a CEO be paid large sums? He has also been given large bonuses in the face of company losses.

It's that culture that helped create the crash and yes, your country's papers were moaning about large executive bonuses in the face of company losses as well. It's an example of the excess that got the world economy in the crap it's in. :)