God Stories:
Unity- God really brought our two groups together(MI/CA & NC) and allowed us to mesh and encourage each other, Jim & Penny, & others in an amazing way!

Testimonies- We had testimonies share in the circle of where people were coming from in our team circle that cannot be shared but it was amazing to see who God had brought on this trip and how people were growing and giving even from some pretty dark past scenarios. Its fun to see God stretch people. Stories of past failures, current struggles, and future fears were all shared and prayed over. 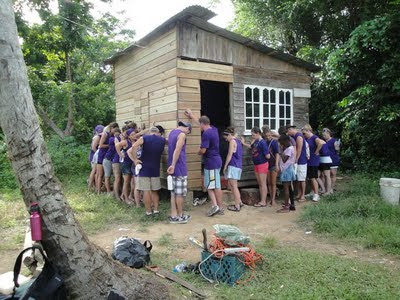 Ian- (Jamaican below in the background) I had a really great conversation about what it means to be a light in dark places as a Christian and what it means to be a Christian. He considered himself a believer but not a baptized Christian since he had 4 girlfriends at the time (which I don't believe is right, but is more of a common practice in Jamaica from what i am told). It Was a really good conversation for me to share about saving myself for marriage and what it means to try and be to living a life of purity as a Christian guy in every aspect of my life. It was the first time i have actually been straight up laughed at by a group of guys for still being a virgin! Apparently, Reggae is connected with the "party scene" of Jamaica and once you become a baptized Christian from Ian's perspective, you will be judged harshly if someone who knew you to be a Christian were playing that kind of music out of your house. Interesting. 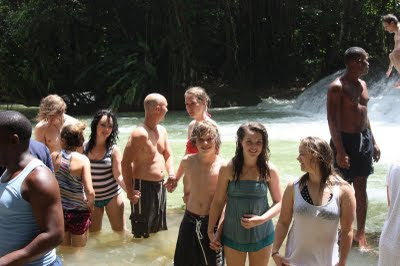 Lloyd-
was riding by on his bike and seeing a group of us reading by the beach, he asked me, "What are you all studying?" I was able to tell him it was the Bible and slowly the conversation switched from small talk to me being able to ask him what it meant for him to get back into the habit of following God, since he said he had fallen out of the habit of church or praying. I suggested that while "he was riding his bike by the water would be a fantastic time to think about God and pray." I hope our conversation reminds him to do that. 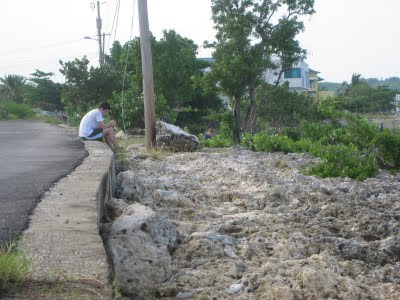 Rosa- Was the mom who we helped rebuild her house(top picture). She had such a great attitude and was so thankful and optimistic about the future and her next steps from what others told me, despite living in such simple conditions. A blessing to be apart of helping and to see.

Also, Erika told me she counted 27 answered prayers over the trip as she looked back. I can't wait to hear all of them, but this was my starting list, although it doesn't even begin to scratch the surface...