Right before i went back to school, two RA's from my dorm took me snowboarding for the first time! It was so amazing! 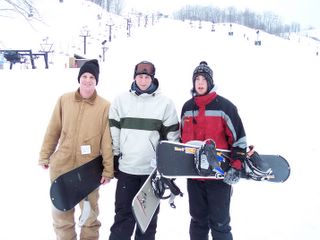 Me, Dave, and Joel Snowboarding
I fell so much the first day, that i broke the zipper on my snow pants and had to where Joel's jump suit(picture above) the second day! I got to where i could go off a small box railing and landed one 180 off the jump. I was cautious though! Dave did break his rist though. NOTE: Someone always gets hurt when a group goes snowboarding. Don't be that guy! :)
When School Started, my good friend TRace, from Cali came to visit. First things first i showed him where Mexico, IN was! It was only fitting! :) The cruel irony of a big mexio sign in the middle of a corn field where it is 30 degrees 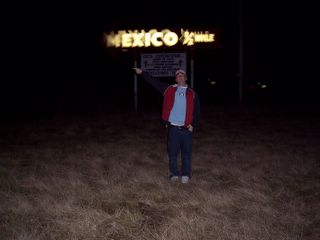 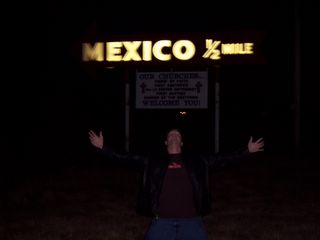 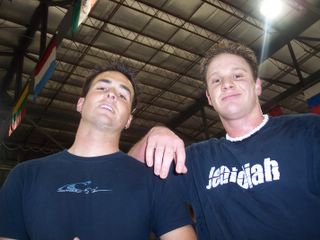 Trace and me
We had a good time. A group of us went ice skating on the weekend while Trace was here. 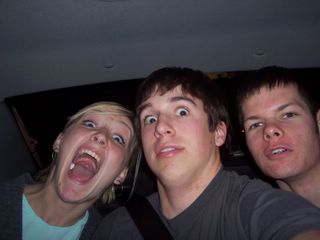 kat, mark, and josh
On the way up we were blaring the music and acting like we were deaf as we belted all the lyrics to Disney, Spice Girls, Love Songs, you name it. 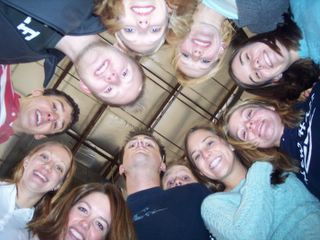 classic picture... can you find me? 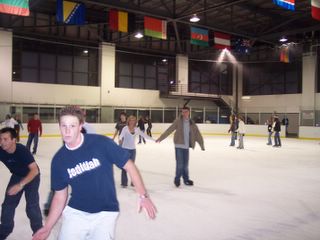 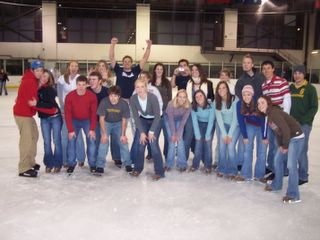 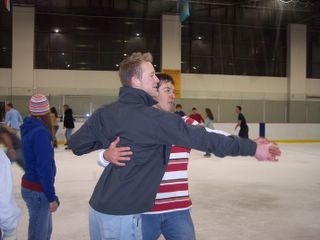 guys getting too close 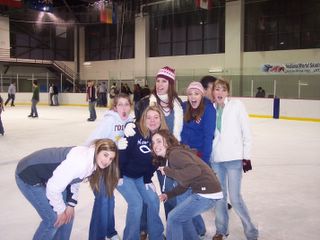 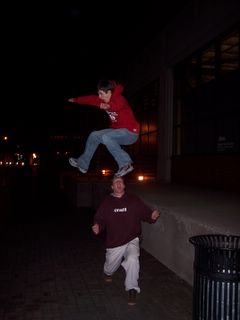 Mark Jumping on my face
It was a good time
Trace left after a week and is now back home. It was sad to see him go, but nice to taste of Cali out in good ol' Indiana
Posted by B at 3:36 AM