2 Stories from the last 2 weeks.

THE POWER OF A QUARTER 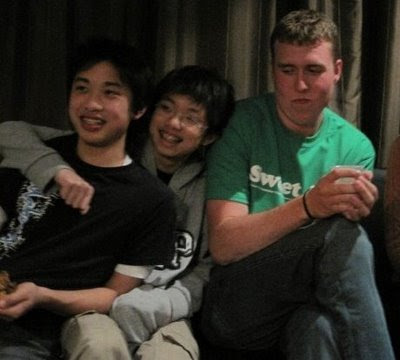 Matt Guerin(right) from the Indiana Wesleyan University mission’s team brought over some quarters to share in NZ. He was skeptical with the suggestion since it seemed so petty but he ended up giving out a few quarters to different guys in New Zealand that he connected with. I didn’t know this and we were all eating dinner together on the IWU team’s last night and I saw one of the teens named Alex(left) spinning a US quarter. Perplexed I asked, “Hey, where in the world did you get an American quarter.” Alex responded, “It’s mine.” His friend Nick skeptically chimed in, “No, its not…” and Alex explained, “Yes it is. Matt gave it to me. I’m gonna hold on to this forever. You’ll see, Matt, if you come back next year, I will still have it.”

I would’ve never thought of this gift, but It was really cool to see how such a small token could signify so much meaning and friendship. 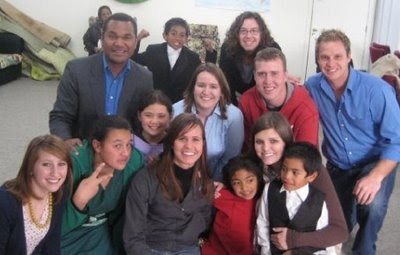 At the family camp called the Gathering in the beginning of June, I ran two youth seminars. The first was a discussion on, “What does the Bible have to say about Drinking, Drugs, Tattoos, Smoking, and Dancing.” The second was titled, “How do I know when I have done enough for God?” Anyway, weeks later I was approached two nights ago by one of our new Youth Leaders in the Wesleyan Churches who will be serving at Streams Community named Ernest(top left) who attended my seminar. He has asked me to start meeting with him on a regular basis to answer questions, at least towards the beginning, as he is figuring out ministry and how to answer the teens’ questions. Really cool!

Cool! Do you have your sermons recorded? If you do, I'd love to listen to them- you're a great preacher!