Getting to be on the Radio

Frank from our church (cession community) talks on Life Fm Radio here in Aucklland in the afternoons and on Sunday Nights for a 2 hour open discussion format called the Greenroom. 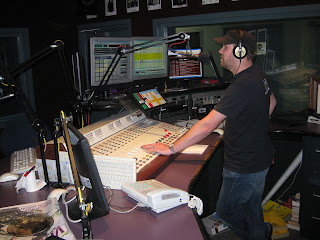 I was asking him a lot of questions about recording, music, and how it actually runs so he said, "Why don't you just come in and see." So for the last two Sundays i have been able to sit in on his show after church and watch him at work, which has been Awesome! 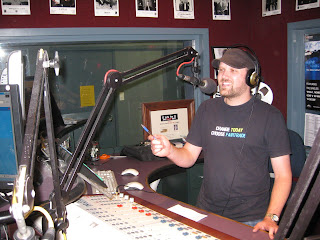 Frank actually put me on the radio to ask me a couple of questions, but mainly because i took this picture above and made him lose his train of thought in the middle of a good point in his conversation! i don't think he is use to the fame yet :) 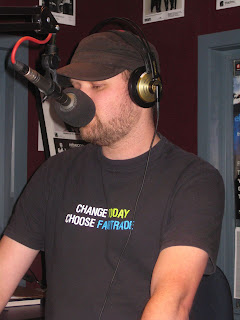 He has a lot of influence: The radio station has roughly 10,000 listeners at any given time and he deals with a range of serious issues from questions about the reality of God, to questions about relationships, to questions about suicide and other intense issues. What an awesome ministry. Just to give you a tidbit, i was on the air for a few minutes... 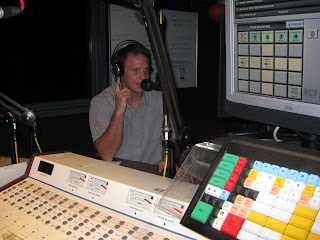 and i already had a friend Rhett say he heard me the next day and George (the guy taking the phones below) say, "oh yeah, your the brent from being on the air last week." so people are listening. 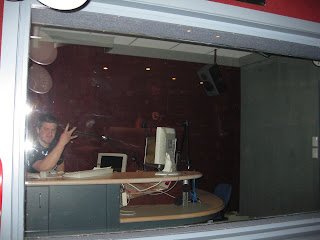 A phone guy across the glass (George) takes the phone calls, sends notes about the callers to frank and assists the chat room as needed. Frank watches the texts that comes in, takes the calls, puts on the back ground music, controls random sound effects, chooses the topic of conversation, and puts in the transitions where needed. He definitely can multi-task beyond my ability! 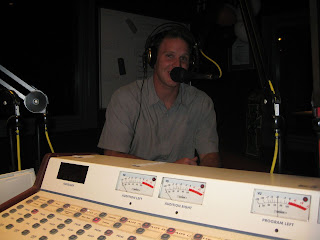 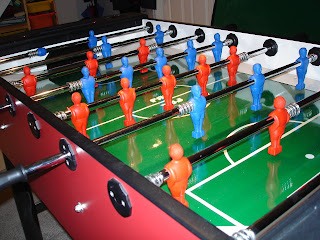 Frank is a foosball fiend! Actually that was the most fun i have had playing foosball in awhile. There was a lot of screaming and trash talk involved. Good times. and thanks frank.
Posted by B at 5:38 PM

No worries man. It was great having you in.

Those figures (10,000) are a bit of a stab in the dark... but we're due to get the official stats again soon. It's quite freaky to think about the numbers of people listening though... I'm an introvert who likes only having one or two people around in the studio.

Another note.... I will dominate in Foosball!! Watch this space. There will come a day when you walk away from the game sniveling like a little girl. ;)