LAST WEEK:
Evangelism Conference: I spent the majority of the week at the Evangelism conference for the Wesleyan Methodist church. 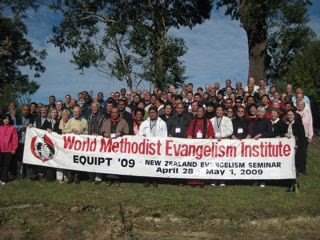 Very multicultural and fun. I sometimes wonder if i wasn't meant to be have a different colored skin. 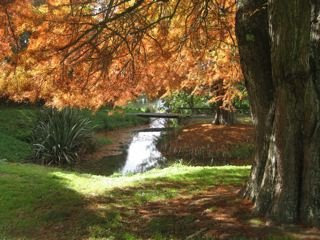 Youth Rally on Friday Night at a Samoan Methodist Church: The rest of the stories come from this rally. There were over a thousand people there! 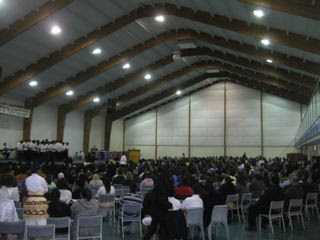 You can see a some of the performances below.

Can you give a greeting… and solo?!? Ozzie, the host came to me during the rally since the other “European” who was supposed to give a greeting didn’t show. Soon, I was wearing a t-shirt standing up on stage next to guys in a button up shirt and suit saying, “Greetings in the name of Jesus.” Then Oz called us back up and said, "Now they are each going to lead a hymn in their traditional language! Of course English came up first, It was “O for a thousand tongues” which I know some words to, but then I found out they sing it to a British melody which is different than how we sing it in America! talk about suffering for the gospel…

Kids sniffing powder… Crazy! This was mind boggling to me. At the youth rally I saw two boys playing on the floor with paper and dirt or candy powder or what ever they had. 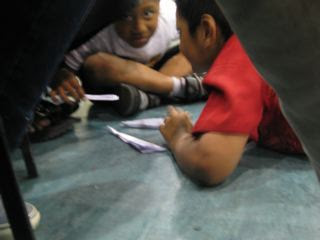 What I didn’t realize until they were bending down to sniff it was that they had been pounding the candy down into powder and using the paper to put it in a line to sniff like you would drugs. How in the world would they know how to do this unless they have seen it done before? When I asked them their age they said they were eight years old. I attached a picture.

“We are going to welcome back up the Tongans, Fijians, Samoans, Koreans, and Brent.” As Ozzie called us back up to the stage this was what he said. …apparently I became my own nationality this week. 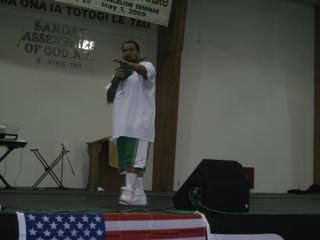 Wow... I know a Christian now! One of our most talented and evangelistic teens, Sela Sosoli, who played the keyboard and sang said that after the rally one of her old school friends found her and made the comment above. She said she was there because she had to be, but definitely wasn’t a Christian and shocked to know that she had a Christian friend... Sela!

That was cool to see the Rasela footage - she seemed to be getting a good response. I've always found the dance fusion thing interesting in the Pacific cultures - you get the traditional elements of massed dancing incorporating some of the traditional moves, but it then gets glossed with hip hop/RnB styles which owes more to african american influences. And a lot of lip syncing which seems a waste.