The OE- Calling all college students...

Something you probably won't here in the US is how much people elsewhere travel. Some countries including New Zealand call it the OE- The Overseas Experience. Google search "overseas experience" and see for yourself! anyways...

Tonight i was talking to a Scottish/Irish couple that was finishing up a year in New Zealand. During our discussion of travel and how many people travel around the world, the girl threw out an interesting stat. I was expressing the pressure Dan and i faced leaving the states straight after university, and she said,

"well, it is said that less than two percent of Americans have their passport." 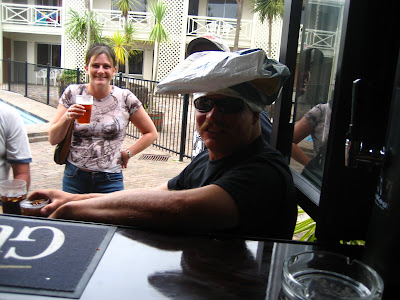 A reguler(Jay) covering his head while it rained
OE THOUGHTS
All this to say, i am not calling all college students to squander their time or throw away money. But for people in the states to realize, that it is not necessarily the norm everywhere else to go straight from college to a full-time job. Actually i can say with much certainty that in New Zealand, the UK, and various other places that the OE is quite the norm. Getting a job is good, but realize that is not what EVERYONE does, especially outside of the US. 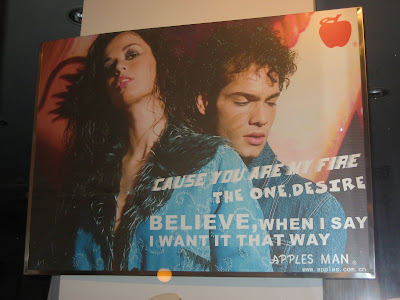 Funny advertisement for a clothing store...Do those lyrics sound familiar to anyone else?... can we say Backstreet Boys!
Posted by B at 9:36 AM