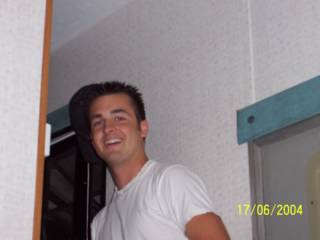 Trace
Trace just called to say he had a great day... Just imagine this... a sophomore in college finally got a job he wants coaching a major high school's guy's volleyball team. He will get paid decent too. Praise God and thats a good day in and of itself. After that he went to the beach where the waves were HUGE(10footers)! He took some pictures of the waves for me since we are both surfers. He didn't have a board to go out so he just sat on Mission Beach throwing a tennis ball around watching this majestic waves crash. Beautiful. After that he met some girls as he was taking pictures of the beach and he found out that they might be Christians... do i have to mentioned that he was absolutely stoked when he called me. He had a great day but the thing that made me most excited was that at the end of the conversation, he was thanking the Lord for the experience and day! If there is one thing i have found and am still learning: it's that you can't fulfill your life by an experience or money or friends, but God, so he better be a part of what you are doing and who you are!!!
Posted by B at 8:57 PM

Hey Brentsy! I am glad that you have been updating your site! lookin good! You are in my prayers B. Your website info says you are a senior... !! Hey check out annelynne.blogspot.com it is neat!!! Have a good day B! -In Christ, Annette :)