Just recently i was able to sit down with a passionate man of God.

God dramatically turned, Kyle Wallace who was a star basketball player at Plymouth high school, into a preaching machine. 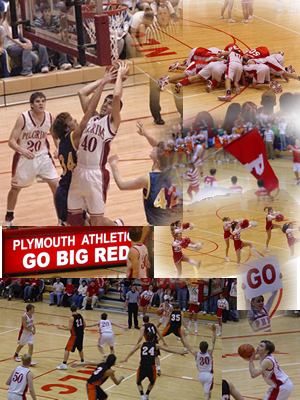 A few men took a hold of his life and discipled him and showed him what it meant to live a radical life for Jesus. He is planning on going into the medical field but is taking four years to dedicate to campus ministry at a secular college before continuing.

The other day we were able to sit down and encourage each other as we are going through a similar stage of life.

We talked about a lot but there were to specific stories he shared that stuck out.

He mentioned how Tom Brady who seemingly has everything a man could dream or aspire for:
But then he says he is still empty. His exact words after all these accomplishments are listed off are, “Why do I have three Super Bowl rings and still think there's something greater out there for me? I mean, maybe a lot of people would say, ‘Hey man, this is what is.’ I reached my goal, my dream, my life. Me, I think, ‘God, it's got to be more than this.’ I mean this isn't, this can't be what it's all cracked up to be.”

Interesting thing that all the world offers you can still turn you up empty.

The Blind Man Sees
The second story he brought up was the blind man who is given sight in John 9
I forget the conversation but all i remember is his emphasis on the blind man's response when he was being interrogated and pushed to discredit Jesus as God. His response was, "Whether he is a sinner or not, I don't know. One thing I do know. I was blind but now I see!" 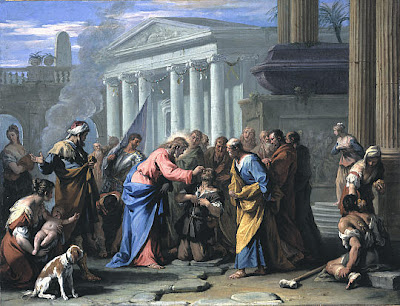 LIFE CHANGE!
In those moments when you are trying to explain Christ, or you are looking for all of the answers, or your looking for what makes Christianity so different, one of the ultimate things it will come down to, is a changed life.

You can convince a man to think something different, or persuade him to feel a certain way that could later be refuted, but when someone experiences a life change or turn around, like being born again or seeing life through different eyes because of the power of Christ, that person is going to be hard to dissuade.

They may not have all the answers, but they will know that they were touched by a God greater than themselves.
Posted by B at 11:39 PM