As you are reading this, i am probably on the set of a cheesy but clean and popular NZ soap opera called Shortland Street to be an extra. i will be a gardener in the background! I will post on the experience tomorrow night.

Saturday morning Dan and I got to cheer on James (far right) at his rugby game. it was a blast and close game although they lost. 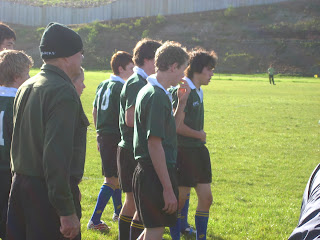 Saturday, We had a Capture the Flag event with teens from a variety of the Wesleyan churches! 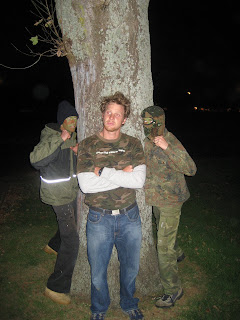 The night ended up going really well with the teens and young adults who attended and helped make things happen! I don't have any pictures of the actual games, sadly, but here are two of the adults who came in full force for the game! Geoff Davies(Kiwi Wesleyan youth Director for NZ), Drew Donovan(2yr Canadian Missionary in NZ), and Josh Bowlin(2yr US missionary Wesleyan youth Director of NZ) were all key in making this happen! 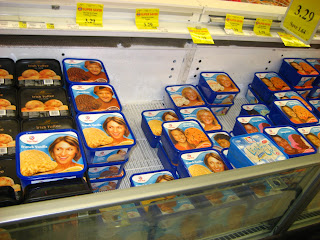 Me, Dan, and the Mackay Boys were looking for Eskimo Pies after Capture the Flag and it still trips me out to see Jan(far left lady)(the lady's house we stay at) on the Tip Top French Vanilla ice cream as i pass through the ice cream section! She is all over New Zealand and Australia!

Sunday was a day of Church! It was good. 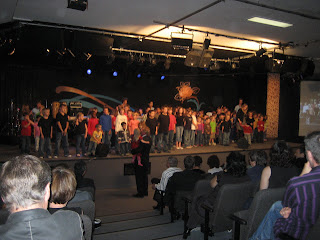 Dan and i visited City Impact, which is a larger pentecostal NZ church, in the morning. It was a pretty full on church: i appreciated their hearts and pursuit of excellence. It is fun to worship with the body of Christ in different places and with different styles of worship. 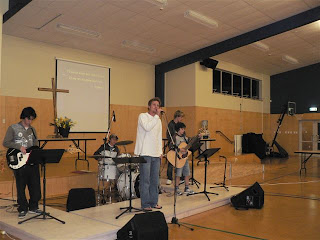 The Youth Band led the music tonight at Shoregrace.
Dan was huge in planning and organizing the practice and music and i helped lead by singing. 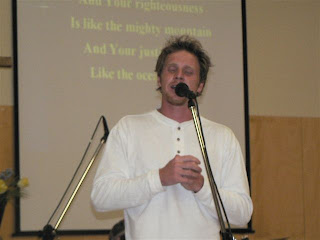 Afterwards, i was watching Shine, the Christian television station, with the mackay family after church. The next thing i knew, Dr. David Jeremiah and the Shadow Mountain Sunday morning service was on SHINE through Turning Point Ministries. I was sitting half way around the world watching a televised service on the campus where i went to high school and worked with the kids day camp for 7 summers in San Diego, California! I was watching the sanctuary i graduated in and seeing people in the choir that i knew from back home! 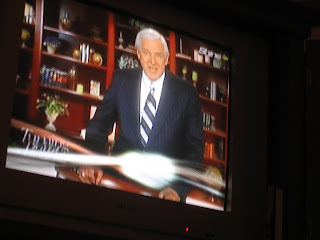 I saw Toben Davis(high school choir teacher), Aly Cochard(hs graduating class), Valerie(graduating class), Mr. Tellinghuisen(elementary school friend's dad), Mrs. Baldwin(hs bible teacher) and other people from my childhood years up through high school! It was quite a crazy Moment!
Posted by B at 7:08 AM

brent! man its so good to see into your world, im not a huge fan on this blog thing yet but if its an easy way to stay in touch with you over there...i might have to think about it. i love ya and miss ya a ton.
dave