The South Island Post will have to wait until tomorrow night. Totally cheezy pictures, but i felt like i was in my "power outfit" last night and pictures keep your attention in the midst of my ridiculously long thoughts :) so Enjoy! 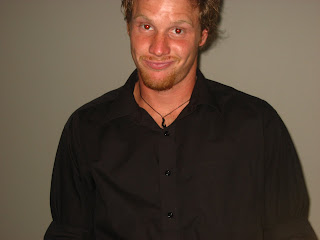 I just had an amazing time tonight! I just got off work and got to go for a run. i don't know why but it felt free! As soon as i hit the road my feet were light and a burden literally felt like it was lifted off my shoulders. Now whether that was because i was wearing a sleeveless shirt after a long day or just a sense of obligations to no one, i don't know but it was free. As i started to run, the night was so still that it reminded me of times in my childhood and different movies like the Might ducks where you just played the sport with not a care in the world. I shortened my run and went and got a basketball. I started to shoot around and it felt so good. I started to reminess about all the times and people i had played basketball with in the past.
My body was lazy though. I was there enjoying but i didn't have to workout. I realized for the first time that i didn't have to be completely active and hard out energetic and yet i was still enjoying myself. 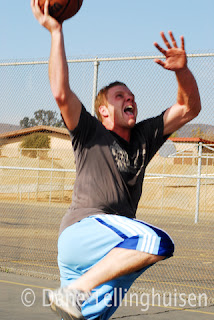 I was changing or have changed since the beginning of college and i am okay with that! For the first time i felt good and right about what i was doing... not guilty. I stopped and laid my head on the ball and started praying and thinking. it was such a reflective and serene moment i almost thought God was going to show me something huge like my future or pictures of it or something. I started thinking about how when i was laying on the ground on New Zealand my back was actually turned on the US. I also started to think about how it is so tangible to see how far you are from the ground, but how hard it is to grasp how far the heavens are from you when you look out. That led to me thinking that my family in the US was only one star(or essentially one planet) away from me and when in reality looking up at the stars, one of those little stars in the vast area of the sky was really not that far away! I might of dosed in and out after that because i don't know where the time went when i came back, but it was a serene moment. I laid there on the asphalt, hands dirty from playing basketball, completely still, looking past the run down basketball hoop, to the moon that would partially get covered by patchy clouds, and all the stars in the open areas. As i thought/prayed/slept... i felt like i heard the Lord say, "Live, just live." I rebuttled, 'but what about... but what if i do... but WHat if...' "Live, just live." he reaffirmed. i felt at peace. So much on my mind, so much to do, yet it was a time i walked away from, smiling because i feel so right about everything even though nothing is in place. I tried to ask about my future, i tried to press the limits as to what i could do, but it seemed like it was up in the air and that God was happy with whatever as long as i continued to live the way i was! That's a crazy feeling. Weird, freeing, exciting, shocking, baffling, startling, all at the same time. "You mean i don't have to be everything or be the best at this job? You mean if i don't accomplish this in my life time its okay? You mean if i truly want to pursue this you are okay with that? You mean you really honestly don't have a preference but are totally chill with whatever? Where did that come from?!?" I also realized as i lay there that i liked God... that i liked God a lot! He makes me giddy sometimes. He really is tangible to me! Like a friend or someone that i just love to be around! yet i often doubt him. 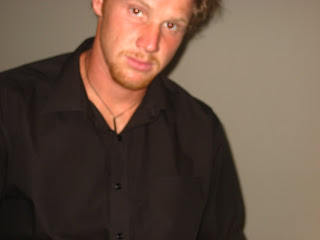 There is often this thought that runs through my head often at the end of a time of thinking about God and who He is. It often goes something like, "i mean, that is if you are there..." I believe in God. my whole life has been centered around following and shaping my life to who he is and yet for a long time especially the last year of college and this year with this idea that it is still hard for me to concede to fully because there are so many other people that believe so many different things! (now before you go getting worried about my salvation, my life is hard out dedicated to God, truth, living towards that, and often defending/being the spokesman for the Lord!) so it is not a salvation crisis. It is an honest question or doubt that i believe more of us struggle with than we are ready to admit. The beautiful reaffirmation i received from God on this as i laid on the basketball court was that there is no reason to doubt! That that is a stifling thought/doubt Satan puts in my head. In all reality, there is NO question that i believe in what the bible says. In fact, when i was trying to think about it, there is nothing in the Bible that i really think to be untrue or contrary to how this world actually runs. It all seems to be pretty spot on from the history point of view, from the morals point of view(except for a lot of weird OT sacrifices), and what it preaches! So the question is not really that i believe in God or that what i read or have been told is true which is what my doubting thoughts have actually robbed me of believing in fact. Those doubts more present me with the problem of why can't everyone else see what i see? How can so many people be missing the truth? Are they? And who do i honestly believe are missing the truth? That is the one i have been working most through with this time in New Zealand. I find i am more quick to reaffirm people of all sorts of beliefs in the areas that i believe they are on the right track to find truth rather than point out that they could actually be wrong and eternity is at stake. As i laid there looking at the stars, i wished i memorized more scripture and knew it off the top of my head. I love its truth and there are too many times i wish i had it ready and engraved into my mind so that God could readily bring it there. Interesting. These are my thoughts, and this is my bed time.
Posted by B at 9:19 AM

Wow, I completely relate to so many of the things you wrote about!
All in all I've been finding comfort and peace in the fact that no matter where we are in life, if we have a plan or our future in sight or not, God can use us right where we are and he wants to and he will if we just let go...and, like you said, just be free and abandoned to him.
I also really appreciate your candidness about doubting God...the best of people doubted and denied God and I think too many people don't recognize it and then miss out on the growth from the truth and spiritual proof that comes afterward.

So I'm glad for you and it still sounds like you're doing amazing things in NZ!