Today was a Full Day.

I went to my first official interview for what i thought was a job at something like a toy store and it ended up being a sales & marketig job completely performance based! Oh well what can you do? I might follow through with it or i may look for more of a serving job somewhere.

We just found a second surfboard to borrow for the time being so Dan, James(oldest boy), and I went surfing. It was awesome! 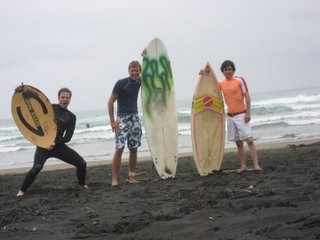 James stood up his first time out 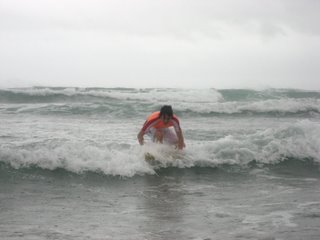 Dan did awesome for only being out a few times 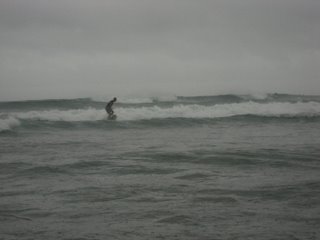 We stayed inside but the bigger sets of waves further were 1 to 2 meters. That is head high or 6ft+ in the US. Pretty BIG. It takes us about 25 minutes from where we live. 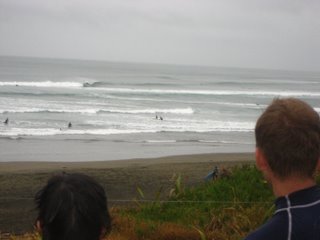 It was raining off and on, but the water was a decent temperature. probably high 60's
We also skimboarded for a little while. Heres a fun video for you


After that, Dan and I were invited to the Fussners for dinner. The dad Jeff Fussner is head of the Wesleyan church in the pacific(NZ, Australia, etc.)) Thhe Waughs, Annie Wright and some friends joined us for dinner. Richard Waugh is national superintendent of Wesleyan/Methodist Church NZ and Annie Wright is a 2 Year Missionary in NZ. It was great! I got to connect with the main leaders of the wesleyan church movement over in New Zealand and we played dutch blitz. This was really my first group outing with people my age. Good times. 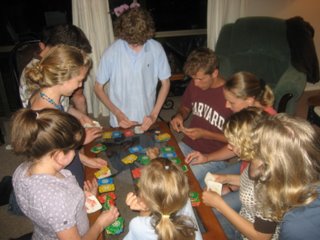