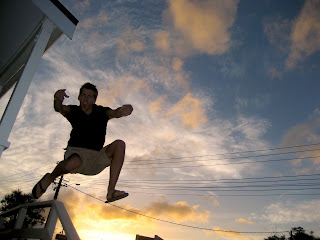 The Things That Never Get Old Here: (in sequential order)
Overlooking the city in the day but especially nights.
Time by the water, beach, or bay
Surfing
NZ’s tomato sauce
Eating- especially chocolate
Working out- sometimes excruciating but always generates more energy!

Dan came home from work and said, "hurry, lets see the sunset down by the pier." 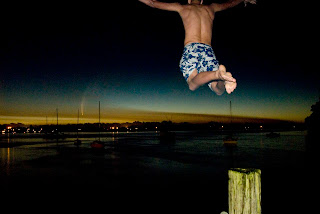 Dan, McNaught Comet, red clouds from Australia fires
Half a mile from where we live there is a estuary with boats and a pier. So we got down there and i decided to go for a swim! Then everyone went swimming. An older couple came out from their boat close to where we were swimming and pointed to the red clouds over the water and said they were the fires from Australia. We all started laughing at them. So far on our trip over here, it has seemed that everyone has tried to pull our leg and trick the ignorant Americans. Turns out... there are fires in Australia. After laughing in their faces for awhile and noticing they weren't laughing at all... we realized they were serious. awKWARD!!! Anyway, they informed us that Comet McNaught was going to be in the sky. So in the picture above you are seeing Dan dive off the pier. The red clouds over the horizon are smoke from the large fires in Australia and the comet is over the horizon by the boats! 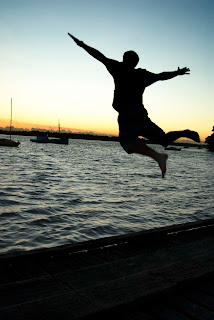 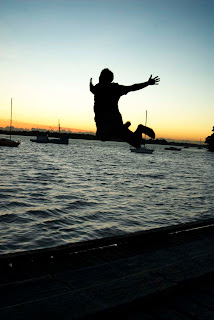 This was my second Sunday Night at Shoregrace! The youth only split up at the very end. The teens were all very attentive and i am excited to get started with them. it has been very nice being able to get settled in this month, and then go head long into everything 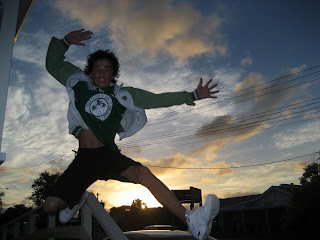